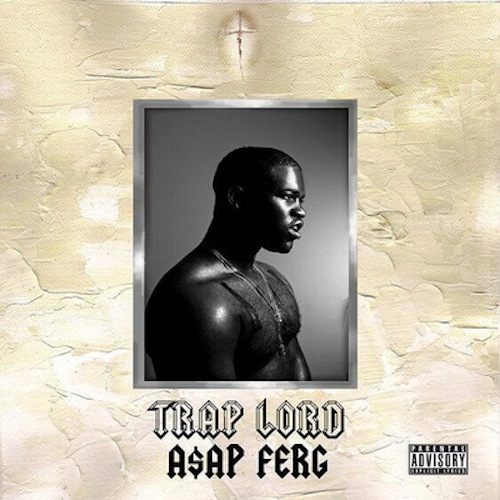 A$AP Ferg is a 24 year old rapper from New York City & he is a member of the A$AP Mob. I first caught wind of him on “Kissin’ Pink” off of fellow Mob member A$AP Rocky’s breakout mixtape LIVE.LOVE.A$AP in 2011 & now he’s coming out with a full-length debut. The album starts with “Let It Go”, where he talks about fucking up anyone who tries to get in his way over a Godly trap beat. The next song “Shabba” with Rocky is a fun club banger & I love how Ferg starts it off by saying “Short nigga but my dick tall”. The track “Lord” has a chilling atmosphere to it & the Bone Thugs-n-Harmony feature is flawless.

The song “Hood Pope” sees Ferg declaring himself the Pope of his block & his goofy singing is reminiscent to the late Ol’ Dirty Bastard. The track “Fergivicious” is pretty much about how hardcore he is over a cloudy trap beat while the song “4:02” recalls a threesome over a settle instrumental. The track “Dump Dump” talks about stealing your girl over an grimy instrumental from A$AP P on the Boards while the “Work” sequel is ALMOST as fun as the original. I say almost because while I did enjoy Ferg’s new verse as well as the verses from Rocky & ScHoolboy Q, I can’t say the same for French Montana or Trinidad Jame$’ verses.

The track “Didn’t Wanna Do That” tells the story of Ferg getting revengeful after being robbed over a wavy trap beat & “Murda Something” with Waka Flocka Flame sees the 2 talking about murdering a gangster & fucking his bitch over an eerie beat. The song “Make a Scene” sings about on growing up in Harlem over a laidback instrumental while the penultimate track “Fuck Out My Face” with B-Real, Onyx & A$ton Matthews is an angry middle finger to their haters. The album finishes with “Cocaine Castle”, where Ferg reflects on his drug dealing days over a chilling trap beat.

As a whole, this is A$AP Ferg’s best work yet. The gritty trap production has a beautiful atmosphere to them & it compliments his erratically delivered street tales very well