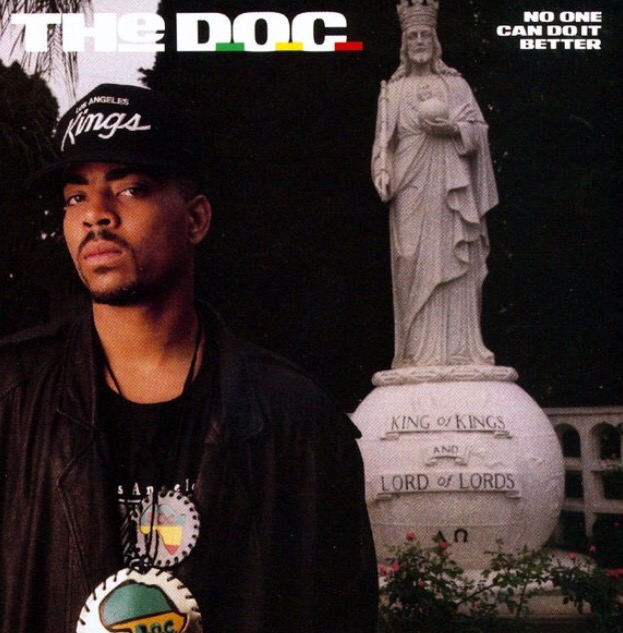 After writing verses for Dr. Dre & Eazy-E on N.W.A’s debut Straight Outta Compton as well as Eazy’s solo debut Eazy-Duz-It, former Fila Fresh Crew member The D.O.C. is finally getting a chance to completely shine on his own. In surprising contrast to both previously mentioned debuts, this album’s content focuses less on gangsta shit & profanity with the exceptions of the last line on “Lend Me an Ear” as well as the N.W.A featured closer “The Grand Finalé” which is actually the only track on the entire album to have any features. It should also be noted that while Straight Outta Compton & Eazy-Duz-It were entirely produced by Dr. Dre AND DJ Yella, this was just solely produced by Dre & I think he & The D.O.C. did a fantastic job with holding almost an entire album by themselves. It’s a real shame that The D.O.C. crushed his larynx in a car accident just a few months after this album’s release because you can truly hear the potential he had with tracks such as the energetic opener “It’s Getting Funky”, the funky “Let the Bass Go”, the rock inflicted “Beautiful But Deadly”, “The D.O.C. & the Dr.” which Redman would later make his own version of 12 years after this album’s release on his 5th album Malpractice, the motivational title track, the smoothly produced “The Formula”, “Portrait of a Masterpiece” which I personally think sums up the the whole album & the previously mentioned closer “The Grand Finalé”. You can even hear the hunger & ambition in The D.O.C.’s voice as he organically & enthusiastically delivers his written rhymes solely his own & his flow’s pretty tight too. I think we all know how upsetting it is that he never has & will give us another album like this, but I think we should all just be happy that he gave us something fantastic