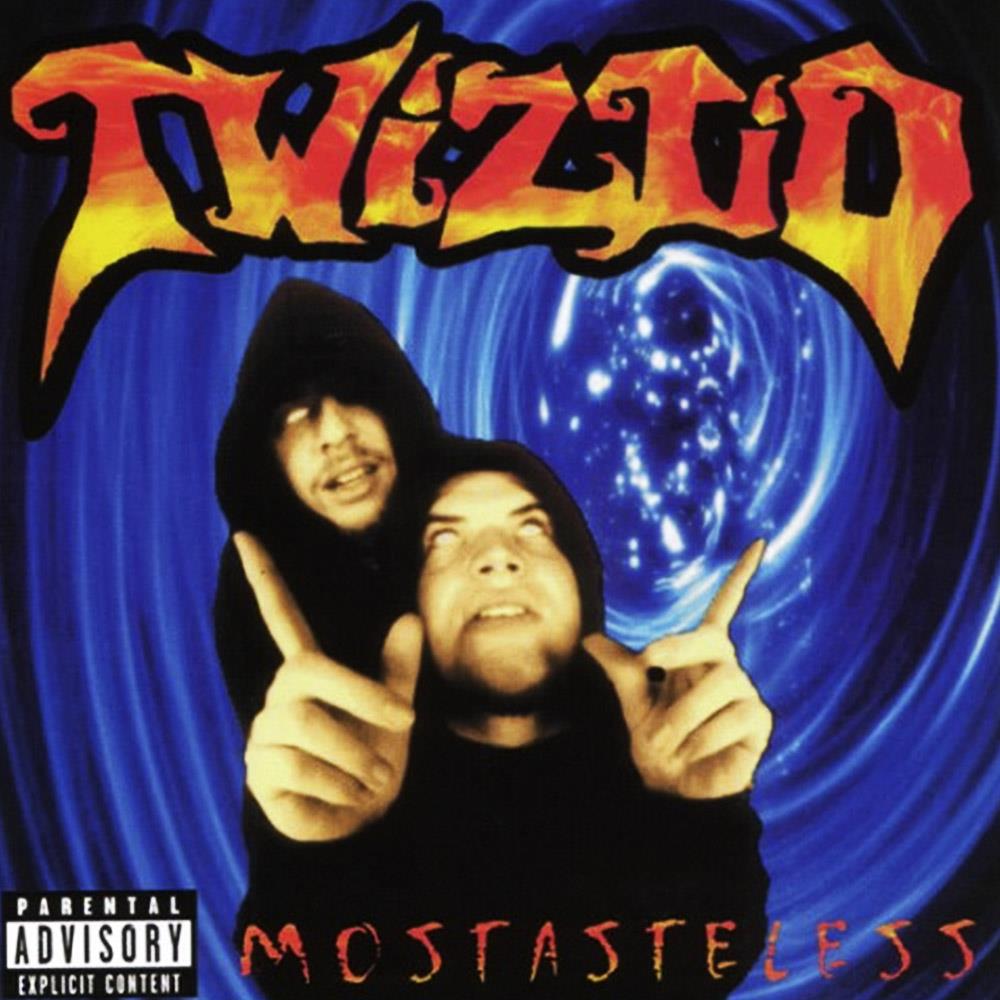 Twiztid is a Detroit hip hop duo composed of Jamie Madrox & Monoxide, both of whom started out as 2/3 of the House of Krazees with The R.O.C. before departing in 1996. They went on to send demo to Psychopathic Records & eventually, Violent J signed them to the label. After a 45 second intro, we are then lead into the first song “2nd-Hand Smoke”. Here, the duo talk about just that over a hard hitting beat from Scott Sumner & while the track “Diemuthafuckadie!” gets aggressively murderous over a hard hitting instrumental. After a “Smoke Break” interlude, things transition into the next song “Murder, Murder, Murder”. This was obviously a leftover from the final House of Krazees album from Jamie Madrox referring to himself as Mr. Bones to the eerie beat from The R.O.C., which heavily samples “Cereal Killer” by Method Man & Redman. However, Twiztid made it into their own song very nicely. The song “1st Day Out ‘98” is actually a cover of the 1992 Insane Clown Posse song with the same name & despite the original song’s producer Mike E. Clark giving this a new instrumental instead of reusing the original one, it was just alright. The track “Somebody’s Dissin’ U” discusses “player hatin’” over a funky instrumental & then “Meat Cleaver” with ICP alongside Myzery is a nice Psychopathic posse cut with a rap rock instrumental that isn’t too bad either. The track “How Does It Feel?” has a haunting instrumental & while I do enjoy Monoxide’s confrontational verse, Jamie’s storytelling during his verse takes the cake. The song “She Ain’t Afraid” talks about a fat slut over a smooth yet funky instrumental & then “Whatthefuck?!?!” talks about increasing the deceased over an explosive beat. After “Anotha Smoke Break”, we get right into 85 Bucks an Hour with ICP. The verses are ok & I do like the “It Takes 2” sample, but I’m not all for the Eminem jab right after Violent J’s verse. The closer “Renditions of Reality” is probably the most insightful song on the entire record & the somber instrumental suits the verses very well. The album would eventually be reissued in 1999 by Island Records with 5 brand new tracks, all of which I’m gonna discuss right now. The first of which called “Rock the Dead” talks about doing just that over a piano rap rock instrumental & then the next one “Spin the Bottle” with ICP sees both duos playing the titular game in hopes of sex over a funky instrumental. The 3rd new song “Blink” sees Jamie & Paul going back & forth about seeing a despaired world every time they blink over an eerie beat & then the 4th new song “Bury Me Alive” is them basically saying this is strictly for the juggalos & not for the mainstream over a dreary beat. The 5th & final new song “Hound Dogs” sees Dark Lotus humorously talking the titular type of groupies that don’t know anything about their music & just want to fuck them over a mellow guitar & an averagely sung hook. While I do enjoy The Green Book & Abominationz a lot more, this was still a very solid debut. The production is dark & Twiztid proved themselves to be more lyrical than their mentors