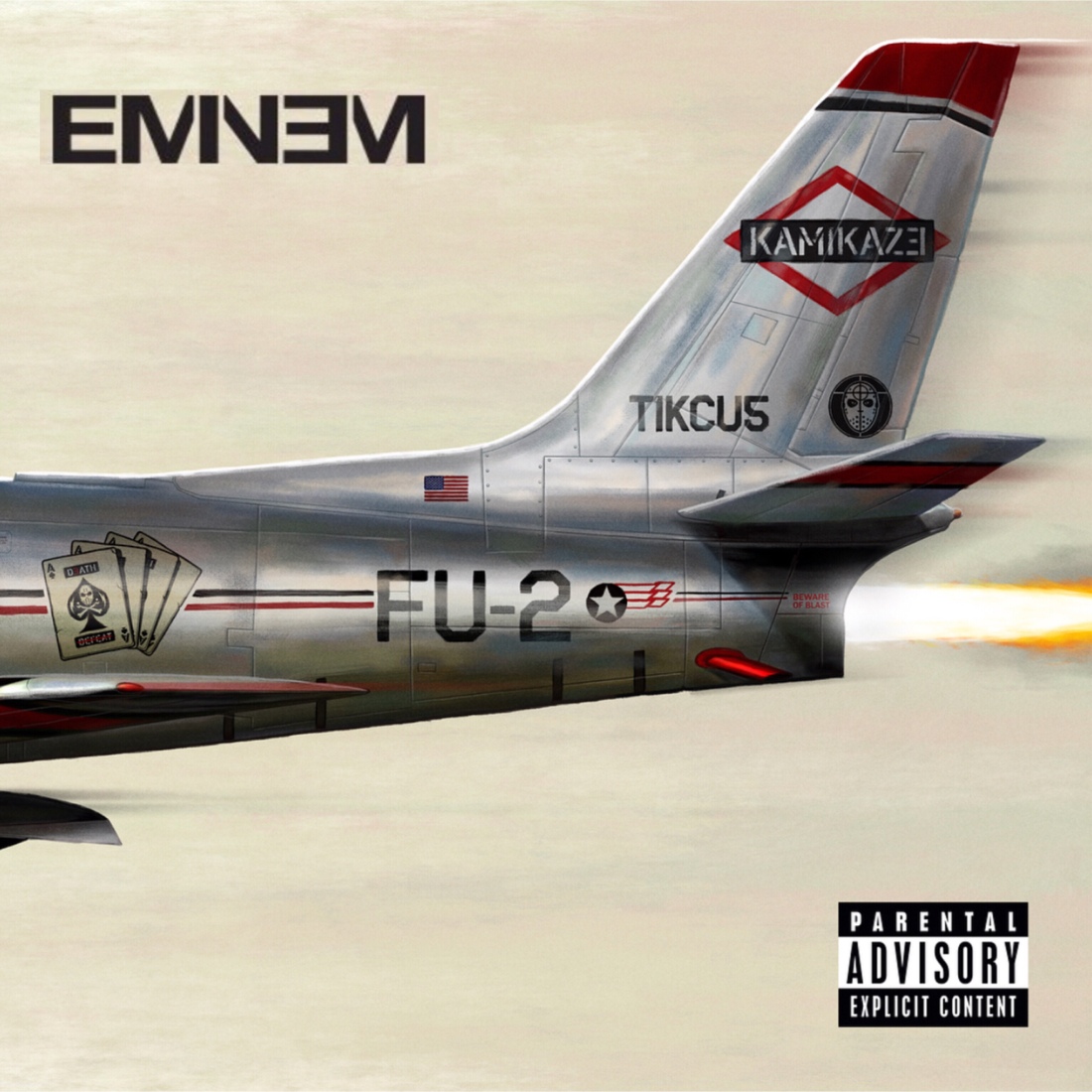 It’s been merely 8 months since the critically panned RƎVIVAL was released but earlier this weekend out of nowhere, Detroit hip hop icon Eminem is returning with his 10th full-length album.

The album begins “The Ringer”, where he says “fuck you” to everyone who trashed his last album over a gloomy beat. He also takes shots at Lil Yachty, Lil Pump, Lil Xan & Vince Staples. I found the disses at all 3 Lil’s to be pretty funny, but I can’t say the same for the one about Vince. The next song “Greatest” serves as a sequel to “Rap God” with a Mike WiLL-Made It instrumental while the track “Lucky You” with Joyner Lucas sees the 2 talking about being underlooked & overlooked despite their success over a trap beat with some chimes. After the Paul skit, we go into the song “Normal”. Em on here talks about an ex over a instrumental that starts off grimy, but switches into a trap beat with plinky keys. However, the hook & the delivery when the beat switches is trash. After the “Em Calls Paul” skit, we go into the song “Stepping Stone”. Here, Em pretty much confirms that D12 is done over a punchy instrumental. The song “Not Alike” by Bad Meets Ǝvil literally starts off as a parody of “Look Alive” by BlocBoy JB & Drake down to the Tay Keith instrumental, but it does a complete 180 as an original instrumental with a futuristic bass-heavy vibe comes in halfway through the track. I also liked the MGK diss at the halfway point of Em’s verse.

The title track sees Em pretty much calling RƎVIVAL the “FACK” of his albums over a Mike WiLL-Made It instrumental kin to ƎNCORE & while I don’t care for the instrumental or the hook on “Fall”, Eminem responds to his critics very well. I also found the one line at the beginning of the 2nd verse dissing Everyday Struggle creators DJ Akademiks & Joe Budden (the latter of whom was once signed to Shady Records as 1/4 of the now defunct supergroup Slaughterhouse)  to be pretty unapologetically lethal. However, the jab at Charlemagne Tha God was just ok & the ones towards both Tyler, The Creator & Earl Sweatshirt were my least favorites on the entire album. It’s not even because he called Tyler a “faggot”, because Eminem has literally calling people that throughout his entire career. It’s because I found it to be unnecessary. However, I did find it interesting that he ends the final verse by taking a jab at Lord Jamar as well as owning up to influencing Hopsin & Logic, both of whom’s latest material has been pretty awful in my personal opinion. The next 2 songs “Nice Guy” & “Good Guy” with Jessie Reyez on both tracks Segway into each other very well sonically & lyrically, as they each talk about a failing relationship. The instrumental on “Nice Guy” has some pretty piano chords during the awkward Melanie Martinez sounding hook, but during the verses it switches into a gritty baseline. As for the beat on “Good Guy”, it has a WAY more classier tone to it. Both of them are just ok, but I just wish they were fused into 1 single track. The album ends oddly with “Venom”, which is commissioned for the upcoming Marvel movie with the same name. It’s a good theme song for it, but the hook is hilariously awful.

To be quite honest, I enjoyed this album quite a bit. A couple of the beats & hooks are weak but for the most part, Eminem manages to come out of the dark with a vengeance. The production is much better than RƎVIVAL’s down to the mixing & Em lights a fire under his ass, both lyrically & delivery-wise.