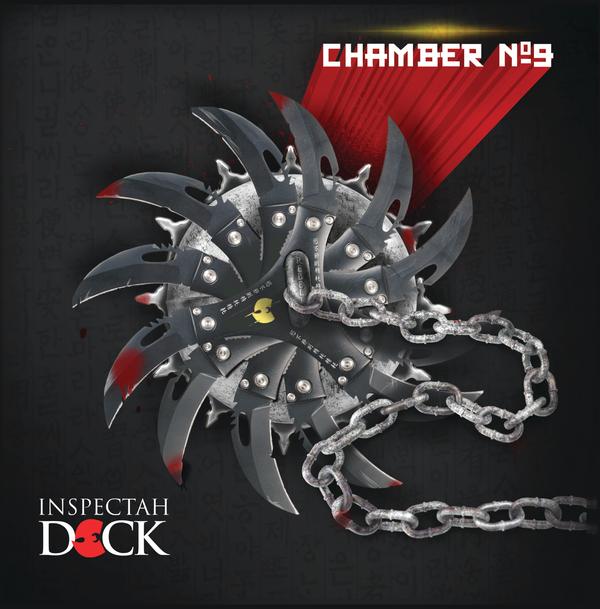 Inspectah Deck is a renown MC & producer from Staten Island, New York that came up as a member of the almighty Wu-Tang Clan. He’s delivered some of the group’s best verses ever from “Cold World” to “Triumph”, but it wasn’t until 1999 that he would make his solo debut with the underrated Uncontrolled Substance. His 2003 sophomore effort The Movement as well as his 2006 debut mixtape The Resident Patient were both solid in their own rights also but I can’t say the same for Manifesto back on 2010, Deck’s last full-length solo outing. The Rebel has since been focusing on CZARFACE with 7L & Esoteric throughout this decade but almost 5 months after the release of the CZAR’s collab album with Ghostface Killah entitled CZARFACE vs. Ghostface, we’re finally getting Rollie’s 4th full-length solo album.

It all kicks off with “Shaolin Rebel”, where Deck brags over an alluring beat. The next song “No Good” reflects on his criminal past over a luxurious beat while the track “Russell Jones” gets gutter over a perfectly grimy beat. The track “Can’t Stay Away” talks about his love for the culture over a soulful beat while the song “Na Na Na” is a mesmerizing party anthem with a hypnotic beat.

The title track boasts about his prowess with an epic beat while the song “Certified” is of course about his legacy over some strings & saxophones. The track “24K” with Cappadonna & Hellfire is filled with battle bars over a sinister beat while the song “What It Be Like” talks about the rough life in the streets over a somber beat.

The track “Game Don’t Change” is of course about drug dealing over a boom bap beat akin to the Wu’s signature sound & while I can appreciate the grinding dedication with the song “Dollar Signs”, the female vocals do get annoying after a while. The penultimate track “Who Run It?” with Hellfire & Streetlife see the 3 talking about their skills over a jazzy beat & then the album ends with “Fire”, where Deck & Trife Diesel spit just that over a boom bap beat with some plinky keys.

For a 9 year wait, it’s a pretty passable comeback. Inspectah Deck definitely proves that he’s still the best Clansmen in terms of lyricism & I can appreciate that he kept it at a respectable length in comparison to Manifesto, but the production (mostly handled by Danny Caiazzo) is just decent as is the feature choices.