Noveliss is a 33 year old MC from Detroit, Michigan who came up as 1/4 of the now disbanded Clear Soul Forces. However since 2018, he’s built an impressive solo career for himself with 8 EPs & the full-length debut Cerebral Apex. However in light of his born day earlier this week, he’s celebrating by dropping a sophomore album produced entirely by Dixon Hill.

“Empty” sets off the album on a jazzy note clearing out his mind whereas “Feng Sheui” takes a moody boom bap route talking about a dude with a stand alone complex. “Loss for Words” works in some pianos saying he don’t know better, but then “Sincerity & Reverence” is a lo-fi banger telling the story of his younger self. Meanwhile on “Scheminonameanin”, we have Noveliss contemplating the reason of life over an airy instrumental just before “Truthsayer” smokily gets on the conscious tip.

“Escaping” goes into a more moodier direction encouraging to embrace the highs & lows while the song “Spirit Bomb” spaciously talks about finding peace in a hyperbolic chamber. The penultimate track “Cold Mountain” once again returns into a more lo-fi kind of sound delivering nonstop wisdom & “Permanent Waves” closes out the album with an uplifting beat talking about being in search of such.

I’ve been following this guy alongside the rest of Clear Soul Forces for a minute & for the 3-year wait since Cerebral Apex, it was very much well worth it. Noveliss killed it with the basing the whole concept of the album on the I-Ching & Dixon’s production style couldn’t have been a suiting match.

This is the 6th & final full-length album from Detroit quartet the Clear Soul Forces, who blew up at the beginning of 2012 with the viral sensation of their viral “Get No Better” music video. They put out their magnum opus Still just a little over a year ago but with 313 Day being this weekend, they’re celebrating with one last hurrah.

The album starts with “Gimmie the Mic”, where the group spit some charismatic battle bars with each other for 2 minutes over a funky beat from Ilajide. The next song “Bussaflow” finds everybody going back & forth with each other over a dystopian instrumental while the track “Chinese Funk” sees the 4 showing off their skills over a flute-tinged boom bap beat. The song “Funky Enough” is a slick crowd mover while the track “Like That” shows you how they do things over a punchy instrumental.

The song “95” is them saying they’d rather be rapping instead of working a day job over an instrumental with an infectious groove while the track “Watch Your Mouth” is a warming to those talking down on them over a synthy boom bap beat. The song “We Gets Busy” talks about their hustle over a trunk-knocking beat while the penultimate track “SS2” is a lethal sequel to “Suspect Spiterzzz” over an electro-boom bap beat. The album then finishes with “Chip$”, where the group talk about making money over a hypnotic beat.

This is a damn near perfect way for the group to go out. It’s a little too short only running at a half hour but in that short amount of time, they remind us all why they are one of the greatest groups to come out of Detroit in recent memory from the evolving sound to the tight lyricism. Best of luck to E-Fav, Ilajide, L.A.Z. & Noveliss on their future endeavors. 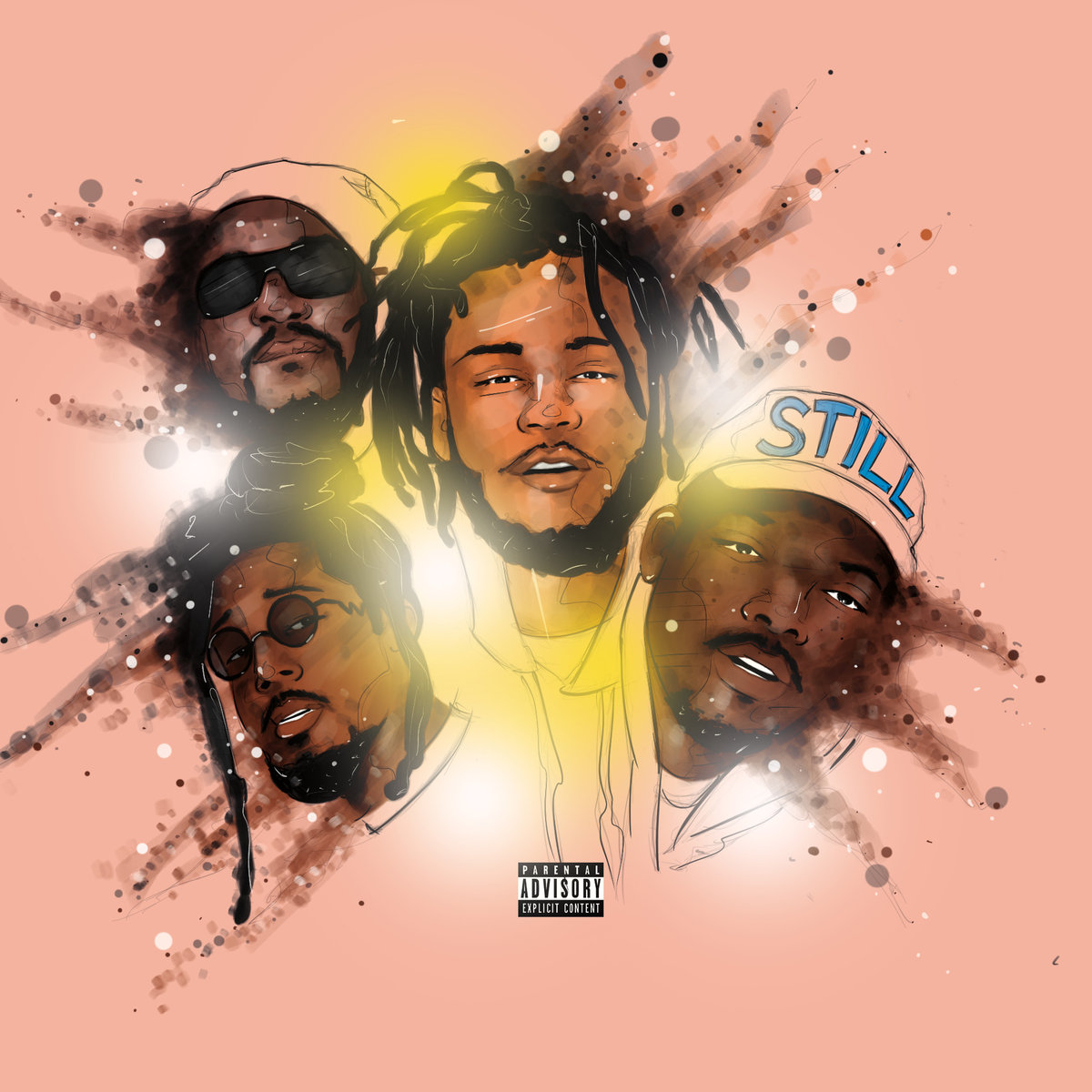 The Clear Soul Forces are a hip hop quartet from Detroit, Michigan consisting of E-Fav, Ilajide, L.A.Z. & Noveliss. They blew up at the beginning of 2012 with the viral sensation of their “Get No Better” music video but now 7 years later, they’re delivering their 5th full-length album.

Things kick off with “Blaow”, where the 4 spit battle bars over a semi-jazzy boom bap beat. The song “Hit Me Now” is a perfect display of their skills over a vibrant boom bap beat while the track “Diamond Rhymin'” is a chilled out crowd mover. The “Sword Play” remix is a pretty great revision of the song that the group did on Noveliss’ Kenjutsu Under the Moonlight EP from a couple years back while the song “Kick It” kinda reminds of the classic Tribe Called Quest track with the same name, but updated for a modern audience.

The track “Dinner Time” is filled with lyrical acrobatics over a J Dilla-esque instrumental while the song “They Shootin'” is a flawless display of the quartet’s chemistry accompanied by a mellow beat with some thumping drums. The track “Say (What)” is a well put together freestyle with a funky beat & after the “Still Enterlude”, the penultimate song “Pump Pump” is an infectious club banger. The album then finishes with “Don’t Stop”, which is a 7 & a half minute odyssey about their success.

This is easily the group’s best album yet, in my opinion. The chemistry between each member is tighter than ever, their lyricism has gotten a lot more sharper with time & the production has that Detroit soul to it making the palates sounds gorgeous. If they continue to outdo themselves with each album like this, then I have a feeling that they’ll grow closer to reaching the potential as one of the greatest groups to come out of Detroit.