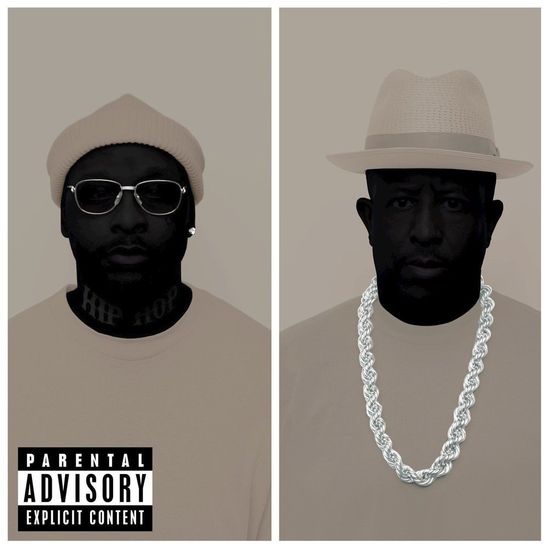 With the 4 year anniversary of their self-titled debut coming up at the end of the year, PRhyme is finally delivering their long-awaited sophomore album. After the “Salute” intro, we then get into the first song “Black History”. Here, Royce da 5’9” talks about his upcoming as well as DJ Premier’s over some piano keys & strings. It originally appeared on Royce’s 2nd EP Tabernacle: Trust the Shooter in 2016, but I’m still happy to hear it on here since he said that this album was coming. The track “1 of the Hardest” sees Royce boasting about him being one of the best out right now over a guitar/boom bap beat while the song “Era” with Dave East touches down on hip hop today & I really appreciate Preemo trying something different with his production on here. The track “Respect My Gun” with Roc Marciano sees them taking about firearms over a gloomy beat while the song “W.O.W. (With Out Warning)” with Yelawolf is filled with battle raps over an eerie instrumental.

The track “Sunflower Seeds” cleverly uses that as a metaphor for livin’ from the hood to logon how he is now over an organ-inflicted beat while the song “Streets at Night” is basically Royce telling us he runs the streets over some wavy synths. The track “Rock It” not only has a gritty bap beat with some keyboards & strings, but Royce’s wordplay on here is phenomenal. The song “Loved Ones” is basically about when Royce was cheating on his wife & I love the way Rapsody is incorporated as she talks from the perspective of Royce’s wife. The track “My Calling” touches downs on hip hop being his calling & the current state of the culture over some birds chirping & hard hitting drums while “Made Man” with Big K.R.I.T. talks about being making it their way over a boom bap beat with some background vocals & strings.

After the “Relationships” skit, we then go into the track “Flirt”. Here, Royce & 2 Chainz get romantic over a boom bap beat with a fancy tone to it. Despite the song “Everyday Struggle” having a short yet decent verse from Chavis Chandler near the end, I thought Royce’s response to all the purists was really insightful. Especially with the lines at the very beginning about Joe Budden (who is a member of the Shady Records signed supergroup Slaughterhouse with Royce alongside KXNG CROOKED & Joell Ortiz) attacking Lil Yachty in an interview last year. The penultimate track “Do Ya Thang” tells his haters to do just that over some chimes & horns while the closer “Gotta Love It” is an ode to hip hop as a whole over orchestral backings.

Overall, this is just as great or even better than the first album. It’s longer, it’s doesn’t have too much features like the last one had, Royce’s lyricism is sharp as always & I actually like how DJ Premier takes a few risks with his flawless production on a few tracks.