Planet Asia is a 46 year old MC from Fresno, California who came up as 1/2 the duo Cali Agents. He would also go on to have a very successful solo career & has made a lengthy yet consistent discography for himself that includes The Grand Opening, The Medicine, Pain Language, Abrasions, Anchovies, Trust the Chain & Rule of 3rds. But for his 10th EP over here, Planet Asia’s enlisting the Snowgoons to produce the whole thing top to bottom.

“Splashing” sets it off with a holy instrumental & Asia boasting how great his style truly is whereas “Pistol Grip Pump” with Jay Royale takes a more rugged route from the boom bap sound to the lyrics letting y’all know they ain’t on fake shit whatsoever. Flash tags along for the creepy yet dusty “Metabolism” talking about both having high chemical reactions when it comes to the streets while the song “Scud Missile” returns to a more rugged sound providing information to everyone listening. The penultimate track “Brick & Motor” keeps it in boom bap turf to give it raw & uncut with “The Office” accompanied by A Plus tha Kid ending the EP with a guitar-based beat taking through another day at the titular location.

Of the 5 projects that he’s given us throughout the year, U.Z.I. (Universal Zeitgeist Intelligence) has to be my favorite one of them all & possibly amongst the best bodies of work in Planet Asia’s ever-growing discography to date. The Snowgoons’ signature sound compliments his lyrical style well in my personal opinion & even though the features are kept to a minimum, the verses that Jay Royale & Flash both spit on this EP go as hard as those of the seasoned West Coast vet.

@legendswill_never_die on Instagram for the best music reviews weekly!

Napoleon da Legend is a 42 year old MC born in Paris, France & based in Brooklyn, New York who a lot of underground heads should be familiar with at this point considering the lengthy discography that he’s built up for himself for nearly the past decade ranging from Coup D’État & it’s sequel to Street Universe & Dragon Ball G. But coming fresh off the 1 Piece inspired 2 Piece almost 2 months ago, Napoleon’s enlisting Sicknatureof the Snowgoons to fully produce his 19th album.

“96 Bulls” is a grand boom bap opener to the album talking about having to create a lane of his own whereas “Self-Talk” takes a more peaceful route in terms of sound so Po can basically have a profound discussion with himself. “Dance with the Devil” brings a more somber vibe to the instrumental admitting that’s exactly what he did the night prior, but then Brian Bars Burns & Nejma Nefertiti both come into the picture with Sicknature for “Ultra” dropping battle bars on top of some kicks & organs.

As far as “Hustla” goes, we have Napoleon over some synth-woven boom bap talking about thinking of a master plan leading into “Disinformation” addressing more conscious subject matter & the beat has a warm yet fuzzy feeling to it that only further reveals the place of sincerity that it comes from. Eloh Kush tags along for the dusty yet keyboard driven “Indigenous Jedi” referring to themselves as just that prior to “Last Days” is a more rugged successor to “Disinformation” from the beat to the conscious lyrics.

The penultimate track “Rest in Perfection” finds Sicknature accompanying Napoleon on the mic 1 last time so they can deliver a potent ballad that honors & mourns every single person that we lost in 2020 with “Health First” rounding the album off with a groovy ode to eating healthy much like dead prez did at the beginning of the millennium with “Be Healthy” off their full-length debut Let’s Get Free.

Of the 5 albums that Napoleon has dropped throughout the year, The Colossus of G.O.A.T.s has to be the most well conceived of the bunch & is quickly becoming a standout in his ever-growing catalog for me personally. Sicknature’s always been an incredibly talented producer whether it’s just him or with the Snowgoons & his signature sound compliments Napoleon’s style more than most of the producers he’s worked with in the last couple years.

@legendswill_never_die on Instagram for the best music reviews weekly!

Wise Intelligent is a 50 year old MC from Trenton, New Jersey coming up as a frontman of the Poor Righteous Teachers, who put out 4 albums together before disbanding in the mid-90’s. Since then, the man has kept himself busy by putting out a number of solo projects. The latest being this new 4-track EP produced entirely by the Snowgoons.

The EP kicks off with the title track, where Wise Intelligent talks about a number of things from Jeffrey Epstein to Trump originally planning to hold a rally in Tulsa on Juneteenth over a woodwind-infused beat. The next song “Possibly?” ponders a number of things over an instrumental with a relaying, high-pitched vocal sample & an organ while the penultimate track “Before I Wake” talks about fighting the power over a shadowy beat. The EP then finishes with “His-Story”, where Wise Intelligent talks about the things people have said to him throughout his life over a symphonic instrumental.

Overall, this is a solid EP. I wish we got like 3 more joints, but the Snowgoons never disappoint behind the boards & everything that Wise Intelligent does a good job of tackling the issues that we face in the world today. 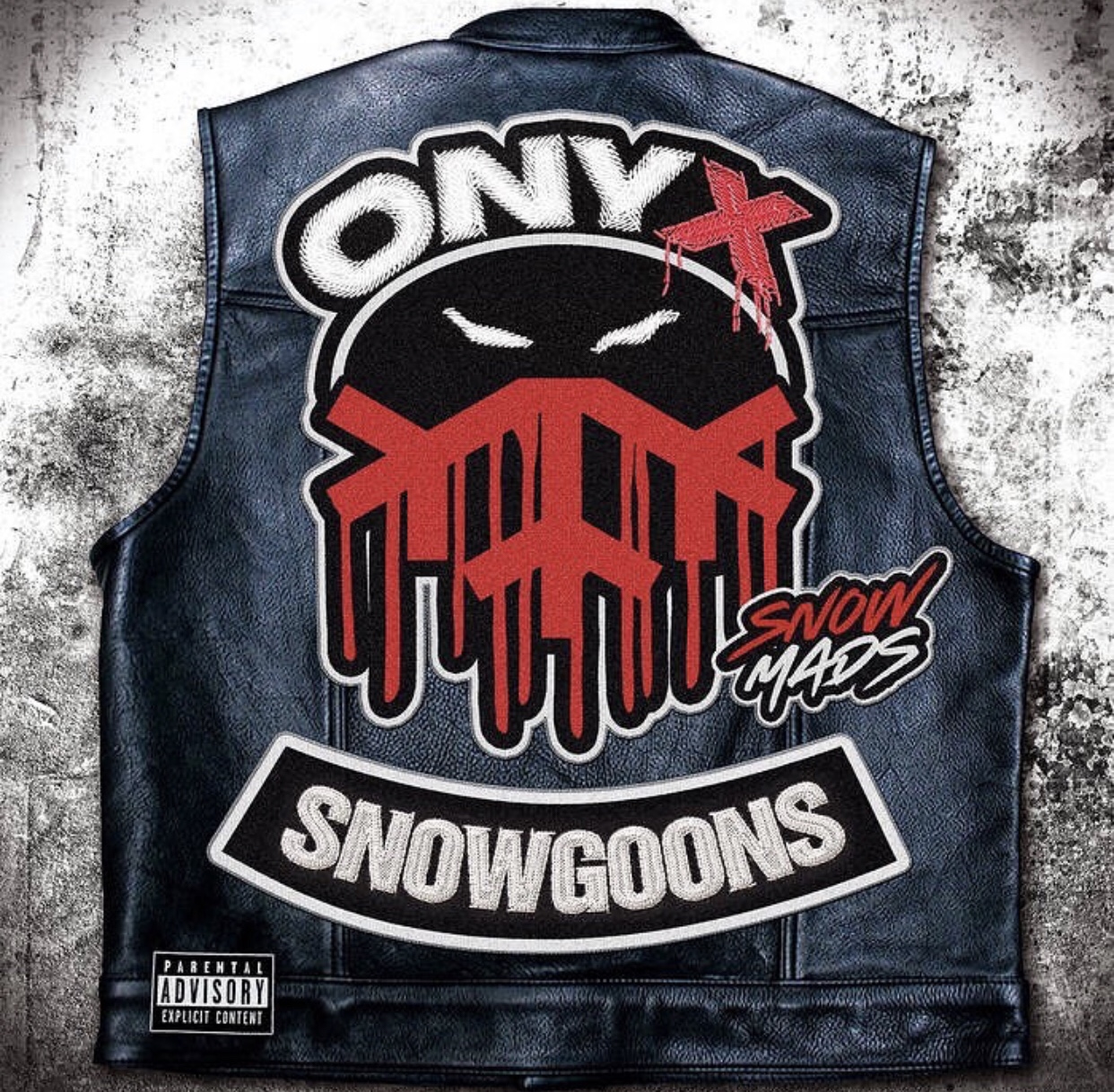 Onyx is a revered hip hop duo from Queens, New York consisting of Sticky Fingaz & Fredro Starr. Their first 3 albums Bacdafucup, All We Got Iz Us & Shut ‘Em Down are rightfully considered by many to be East Coast classics. They went on to release 2 mediocre albums in the early 2000s before going AWOL, returning in 2014 with the Snowgoons produced #WAKEDAFUCUP. This was followed up early last year with the long-lost Black Rock but with Thanksgiving around the corner, they’re getting back with the Snowgoons to deliver a follow-up to the album that returned them to form.

After the intro, the first song “Who da Fuc?” finds Sticky & Fredro challenging their opponents over a boom bap beat with some suspenseful string sections. The next track “Robbing Hip Hop” with Bumpy Knuckles & NEMS sees the 4 comparing taking the game back to a burglary over a frightening instrumental while the song “Monsters Gorillas” with V Knuckles sees the 3 talking about being stone-cold killers over a suspenseful boom bap beat. The track “Rat Tat Tat” of course talks about guns which is cool, but the Quadro & UFO Fev features don’t do anything for me.

The song “Hoodies Down” finds Sticky & Fredro talking shit over an adrenaline pumping beat while the track “Kill da Mic” shows that their lyricism is still grittier than ever over mafiosi-like instrumental. The song “Street Art” with SickFlo sees the 3 showing y’all how hardcore hip hop should be done over a boom bap beat with a fantastic organ lead while the track “Trolling” with V Knuckles is an actually decent diss track towards Charlamagne tha God & 6ix9ine. The song “Ringolevio” flawlessly goes back & forth over a bloodcurdling instrumental while the track “Built Like That” talks from the heart about their courage & strength over an upbeat instrumental.

The song “Mad Shoot Outs” with Flee Lord lyrically needs no further explanation & the lugubrious instrumental fits very well whereas the track “I Got the Tec-9” continues the themes of the previous joint over a boom bap beat with some keyboards. The standard edition closer “Ain’t No Time to Rest” feels like a leftover from Onyx’s Shotgunz in Hell collab album with Dope D.O.D. & then the album finishes with the bonus cut “Good Fight”, which is an energetic crowd mover.

I’ve been wanting a #WAKEDAFUCUP follow-up for a while now & I’m finally glad they did it. Some of the features I could do without, but the Snowgoons‘ raw production yet again fits the duo’s cutthroat lyricism like a glove.

9 is a 48 year old MC from the Bronx, New York who came through in 1995 with a highly slept-on debut 9 Livez. He then followed it up the following year with Cloud 9, but then he fell out of love with music shortly after However, he returned 13 years later with Quinine & it was almost completely ignored. But 9 years later fittingly, he’s delivering his 4th full length album & he has enlisted the Snowgoons to produce it in it’s entirety.

The song “Breathe” with Kool G Rap & Smoothe da Hustler sees the 3 getting romantic over an Alchemist-type beat while the track “I Am” is an ode to the culture over an uplifting beat. The song “Pita Roll” is filled with battle bars over punchy drums & a heavy guitar while the track “Jump ‘Em” with Ruste Juxx talks about running up on people over a haunting beat. The song “Champion” with Chris Rivers sees the 2 talking about winning over a boom bap beat with a triumphant horn & then the album finishes with the title track, where 9 refers to himself to just that over a celebratory beat.

To be honest, this may be 9’s best work yet. There are a couple tracks that I wish were fully fleshed out but it’s mostly focused, he sounds hungrier than ever & the Snowgoons production enhances the hardcore vibe near perfectly.