Skyzoo is a 38 year old MC from Brooklyn, New York rising in the underground off l the 9th Wonder produced Cloud 9: The 3 Day High. He continued to make a name for himself with a lengthy yet very consistent discography that includes the full-length debut The Salvation, the !llmind produced Live from the Tape Deck, A Dream Deferred, Music for My Friends, the Apollo Brown produced The Easy Truth, In Celebration of Us & my personal favorite: the Pete Rock-produced Retropolitan. Last time we heard from Sky was a year ago with the Father’s Day-themed EP Milestones & knowing his grind, he’s back at it with his 7th album.

“Free Jewelry” starts the album off by sampling Gap Mangione’s “Diana in the Autumn Wind” & lyrics looking back on Sky’s career whereas “St. James Liquor” is a celebratory boom bap banger. Al Skratch of all people appears on the jazzy “A Tour of the Neighborhood”, is which literally a look into the area they grew up in. “Rich Rhetoric” is a intricate breakdown of the wealthy backed by a dusty beat while “Bodega Flowers” incorporates some kick-drums & a somewhat funky bass-line accompanying lyrics about appreciation.

Meanwhile on “Something to Believe In”, we get a sample of the iconic Roy Ayers joint “Everybody Loves the Sunshine” along with the concept of being blessed even when Satan is testing him & even though “Humble Brag” speaks for itself conceptually, the vocals in the background are pleasant to the ear. “I Was Supposed to Be a Trap Rapper” takes a look at Skyzoo’s past with JR Swiftz’ production constantly switching from gritty to jazzy while “Plugs & Connections” has rich instrumental & the theme of this is: “ain’t nobody tell nobody what’s to be expected”.

“The Scrimmage” has a hypnotic vocal sample as well as lyrics about minding your limits while we go back to into jazz territory for “Culture-Ish”, which is about passing it down until the baton’s gone. The song “Bed-Stuy’s Burning” speaks on the gentrification of the titular neighborhood accompanied by a live band while the self-produced penultimate track “What Money Taught Us” tells us just that over some keyboards. The album then ends with “Soft Eyes”, which is a glossy romance tune.

It’s always a rejoicing thing whenever this dude drops a project & this is no different from that. Not just because the production has some jazzy undertones to it & some great sample choices, but the whole concept of new era of cultural appropriation is well executed.

This is the 6th EP from New York veteran Skyzoo. Rising to prominence with the 9th Wonder produced Cloud 9: The 3 Day High, the man continued to make a name for himself with a lengthy yet very consistent discography. This includes his full-length debut The Salvation, the !llmind produced Live from the Tape Deck, A Dream Deferred, Music for My Friends, the Apollo Brown produced The Easy Truth & In Celebration of Us. But I really think it wasn’t until last September where he really outdid himself & dropped his magnum opus Retropolitan, which was entirely produced by the revered Pete Rock. However with Father’s Day coming around the corner, Skyzoo is celebrating with Milestones.

The opener “Memory Serves Me” fondly looks back on the early years of his childhood over a jazzy boom bap beat & keep in mind: This is a sound that’s prominently featured all over the entire EP. Following that is the next song “At Least I Got One”, where Skyzoo speaks on being grateful for having a father figure in his life in such a profoundly fashion.

The track “Turning 10” then  talks about his relationship with his father adjusting as he got older & this subject matter is continued on in the song right after “Duffel Bag Weekends” as he looks back on what it was like for him having to visit both his parent’s individual houses as an adolescent.

Then the track “Eyes Wide Shut” continues to speak from the heart as Skyzoo discusses how his father has ”been up” since the Christmas Eve he was born & that he himself has “been up” since late 2017. The song right after is a touching dedication to all fathers worldwide & then “Duly Noted” is a great way to finish things off as we delivers a long verse full of wisdom on top of a blissful piano lead.

Skyzoo has always had an impeccably consistent discography & this is no exception at all. I really love the way he incorporates the jazz elements into the production & it’s refreshing to hear an MC talk about fatherhood in a more positive fashion. 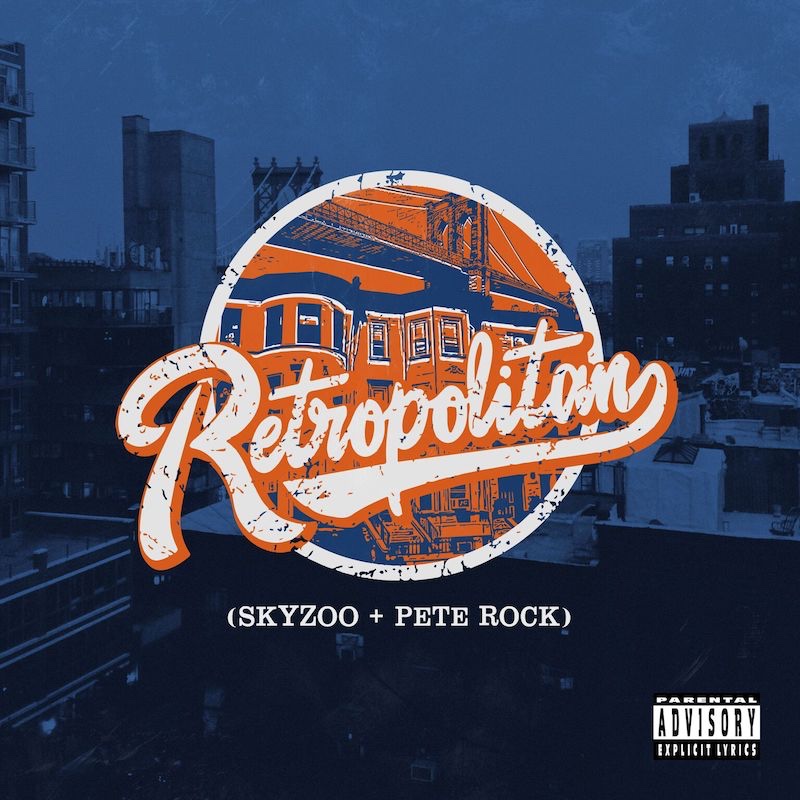 Skyzoo is a 36 year old MC from Brooklyn, New York that first gained attention in 2006 with his 9th Wonder debut album Cloud 9: The 3 Day High. This was followed up in 2009 with The Salvation & then the !llmind produced Live from the Tape Deck the following year. Then after taking 2011 off, he came back with his 3rd & final Duck Down album A Dream Deferred. Zoo would go on to form his own label First Generation Rich Inc. & make his debut on there with Music for My Friends in 2015. He would then drop the Apollo Brown produced The Easy Truth under Mello Music Group the following year, but would go back to dropping projects on FGR at the beginning of last year with In Celebration of Us. But almost 2 years later, he’s teaming up with MMG once again for his 8th full-length album & has enlisted the revered Pete Rock to produce it from front to back.

After the “Men Like Us” intro, we go into the first song “Glorious”. Where talks about how he’s just that over a boom bap beat with a soul sample & some horns. The track “Truck Jewels” with Pete sees the 2 getting fly over a woodwind infused instrumental & the song “Carry the Tradition” with Styles P lyrically needs no further explanation, but I really like the claps in the beat a lot.

The track “Penny Jerseys” reflects on his block over the same sample that Gang Starr used for “The Planet” while the song “1 Time” finds Zoo paying homage to a number of things over a smooth beat. The penultimate track “Eastern Conference All-Stars” with eLZhi & Griselda Records is an triumphantly epic posse cut & then the album ends with “The Audacity of Dope”, where Sky comes through with a bar-fest over a soulful boom bap beat.

Personally, this is the man’s best work to date. You can really tell that he & Pete Rock took their time in crafting a near perfect love letter/wakeup call to NYC & a nonchalant chemistry.