Jypsy is a 38 year old MC from Inkster, Michigan who came up as a member of the trio Street Justice. He eventually branched out solo in 2017 off the single “Gotta Go” & signed to Middle Finger Music a couple years later. But as the first month of 2021 draws to a close, Jypsy is finally coming through with his debut album.

“The Intro(vert)” that kicks the album off is him venting about a number of things over a jazzy beat from Foul Mouth whereas the next song “The Greatest” talks about wanting to better than just average over a Peace of Mind instrumental that almost has a Bollywood feel to it. The track “Son of a Preacher Son” talks about being a monster over a diabolical boom bap beat while the song “Cigar Lounge” with Isaac Castor finds the 2 talking about weed over a drumless yet tranquil instrumental.

“The Crown” by 2 Door Coupé sees the duo talking about gossipers over a lo-fi beat from Nolan the Ninja while the song “Gelato #41” with Bub Rock finds the 2 getting sexual over a Jimbo Slice instrumental that samples “You Can’t Turn Me Away” by Sylvia Striplin. The track “Never Hesitant” talks about being a king over a nefarious beat while “The Sleeper” sees 2 Door Coupé teaming up with Bang Belushi & Kain to spit battle bars over a sole whistling loop.

The song “Warriors” with Fatt Father & Kid Vishis finds the trio continuing to shit-talk over a demonic beat while the penultimate track “Heavy D” talks about keeping his circle small over a spacious trap instrumental. The album ends with “Restless”, where Jypsy talks about taking his own way to get where he’s going over an uneasy boom bap beat.

I’ve been wanting to hear how Jyp would sound on an album of his own given his features throughout the past year or so & now that we finally got it, I’m impressed. He’s at his best lyrically & I really dig how the sound ranges from jazz samples to trap. 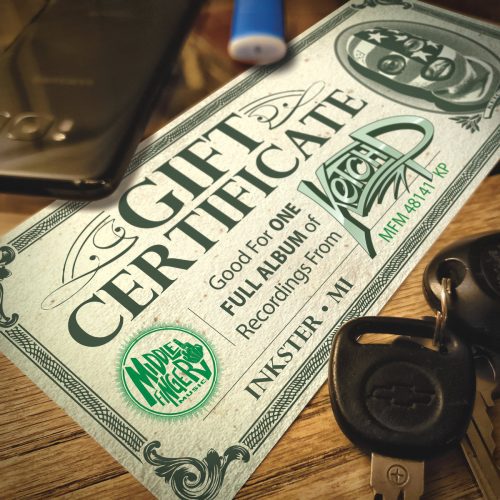