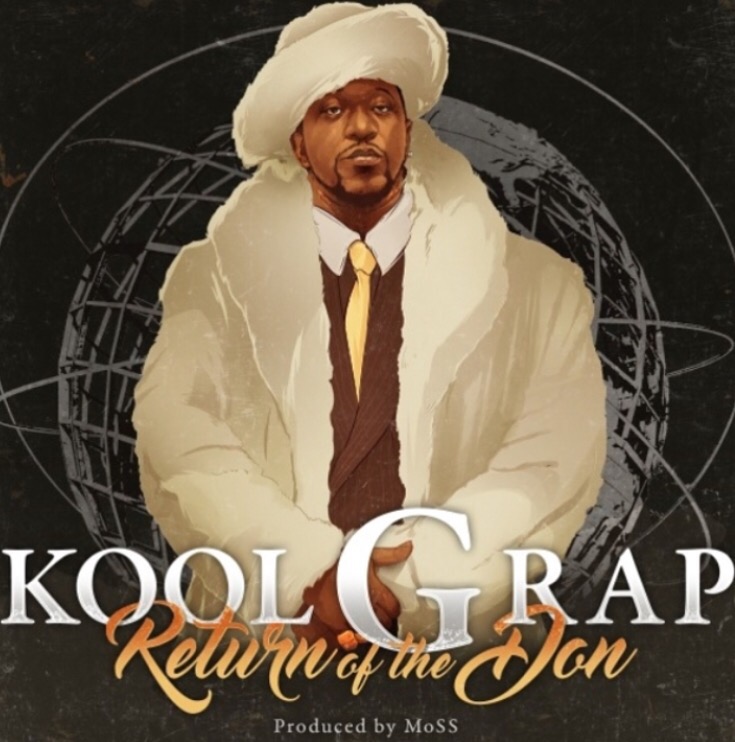 With the 6 year anniversary of his last album Riches, Royalty, Respect passing by just a few days before it’s release, former Juice Crew member Kool G Rap is finally returning with his 5th full-length album & he has enlisted MoSS to produce it in it’s entirety. The album opens up with the title track, where G Rap reminds us why he’s one of the illest lyricists ever over a grimy ass beat. However, my only issue with this track is that it was way too short. The next track “Mack Lean” has a really smooth flute sample throughout & while I do love how G Rap flows over it, I think AG da Coroner’s verse compliments G Rap’s better than Fred the Godson’s did. Mainly because of how husky his voice is. The following song “Criminal Outfit” with N.O.R.E. sees the 2 talking about raising the slums up & throwing a chick named Sharon inside an Uber over a really cool piano sample but just like with the title track, I feel like the song is way too short. The song “Wise Guys” has a fantastic scratch hook from Statik Selektah along with a soul sample throughout & even though Freeway’s verse is nice, Lil’ Fame’s fits into the track a lot more perfectly. The track “Out for That Life” is a braggadocious song with some somberly tension building horns & it was only right for him to get a verse from Raekwon on here. The track “Time’s Up” has a nice organ sample & the rhyme schemes are just bananas from start to finish. Not just that, but it actually sounds finished in contrast to the title track. The song “Capitol Hill” with Cormega & Sheek Louch sees the 3 delivering vivid street bars & the beat on here sounds purely evil. The song “Running” with Saigon & Termanology talks about following protocol no matter how long they’ve been around & I love how uplifting the instrumental is. The song “World’s Mine” may have a decent hook, but G Rap’s verse in the middle of the song along with the guest verses from KXNG CROOKED & Willie the Kid at the beginning & the end respectively make up for it. Especially with how you can hear the passionate emotion in KXNG CROOKED’s voice throughout the duration of his verse. The penultimate track “Popped Off” with Ransom & the late Sean Price has some aggressive verses & the instrumental fits them like a glove, but’s really the verses from G Rap & Sean that make the track so hardcore. The album then closes out with the appropriately titled “Rest In Peace”, where Kool G Rap’s talking about feeling like the black Axl Rose & how the strong never fade over a bass guitar with a little bit of an electric guitar too. Also can’t forget that while Shady Records’ most recent signees Hall ‘N Nash are trading bars back & forth with each other during the last minute of the song, you can just tell that their verse together was heavily influenced by G Rap & I don’t mean that in a bad way at all. To me, the appropriately titled Return of the Don is a much needed & near perfect one. Yeah I wish that some of the songs could’ve been stretched out a little bit longer & there’s a lot of features too, but I believe most of the guest verses served their purpose. On top of that, Kool G Rap’s pen game is as strong as ever & MoSS’ production is WAY more rugged & hard hitting than the production on Riches, Royalty, Respect was. Despite the small flaws, I think this is a serious contender for Album of the Year