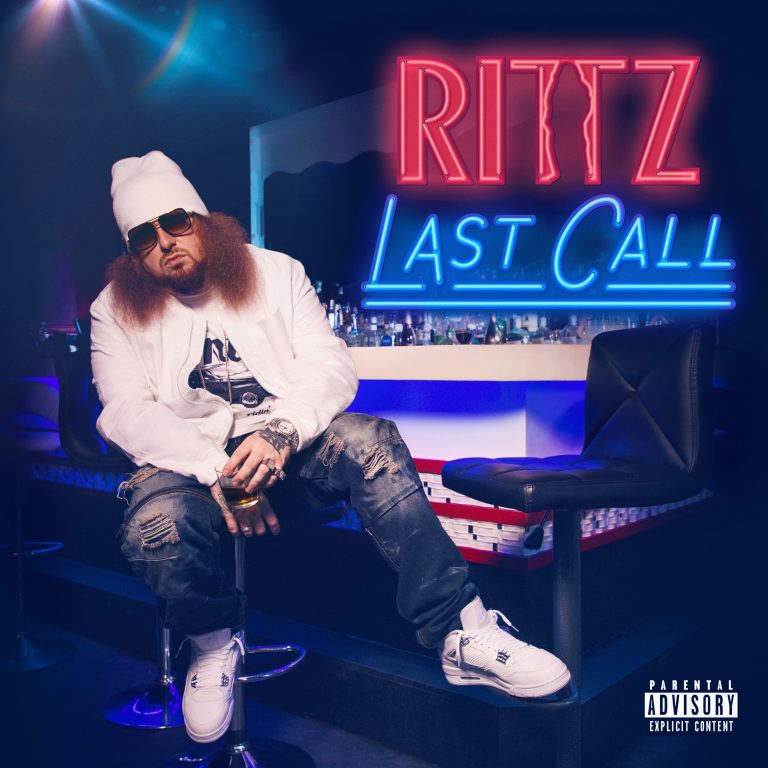 A little over a year after the release of his last album Top of the Line, Georgia rapper Rittz is releasing his 4th full-length album & his last with Strange Music. The album opens with “Middle of Nowhere”, where Rittz is talking about on how far he’s came over an ambitious sounding instrumental from 7. The next song “Press Rewind” sees him reflecting on his rough adolescence from getting in trouble at school to his father’s abuse towards him over a gloomy instrumental. The track “Indestructible” is an uplifting anthem about staying strong no matter what & the hook also does a great job of giving that vibe as does the instrumental. The song “Down for Mine” speaks on being just that & the rap rock instrumental from M. Stacks will make you get down to party.

The track “Shootin’ Star” gets charismatically braggadocious over a mellow instrumental & the Peso Piddy produced “Dork Rap” is an unapologetically abrasive shot at all the dork rappers out there (hence the title) along with bringing the hardcore back. The track “Crash & Burn” tells the story of his friend & his ex-girl having a kid over a wavy instrumental & the way he tells it is so vivid. The song “Reality Check” talks about getting your life together over a nice country/rap instrumental & the track “Different Breed” tells the haters that he’s like no other over a twangy guitar/trap beat from Matic Lee.

The song “Illumination” is another empowerment joint over a futuristic sounding instrumental & the auto-tune on here is an awesome throwback to the late great Roger Troutman. The track “Into the Sky” is another braggadocious tune & the bass on this thing is absolutely perfect for your whip. The song “Fuck Cancer” is a diss track towards cancer & the way he uses his experiences from seeing his wife’s friend & one of his closest friends successfully beating it was very personal. The track “Lose My Cool” starts with some nice piano keys & DJ scratches, but then some hard drums are incorporated as he’s delivering his frustrated bars. The song “So Long” is an endearing eulogy to a friend who had committed suicide along with another who was murdered & to his own grandpa over a somber instrumental from The Avengerz. The track “Victory Lap” is basically his farewell to Strange over a smooth instrumental & the standard edition closer “I’m Only Human” talks about all of his mistakes over a airy trap instrumental & the strings at the beginning & end are gorgeous.

The first bonus track “Live & You Learn” is about just that & the keyboard instrumental from Mista KA reminds me A LOT of Scott Storch. The next one “Win” with Hitman Shawty & Kane sees the 3 rapping about success over a laid-back instrumental from 7 & while Hitman Shawty & Kane are the only 2 featured MCs on here, their verses were just ok to me. The 3rd bonus track “Good Life” talks about living good over an intergalactic sounding instrumental & then the 4th one “Side Note” is about the current state of hip hop a bunch of creative name-dropping over a southern-tinged beat. The penultimate bonus track “Spiraling Outta Control” then vents about his deer of the world ending (especially with Donald Trump as our current president), but the beat is pretty uncharacteristic. The album then closes out with “Happy Ending”, which is Rittz ambitiously talking about his hopes of maintaining success despite leaving Strange Music.

Given the title, Rittz is walking away from Strange with his greatest work yet. The production is on point, the lyrics are passionate & the lack of features is very refreshing as well. Can’t wait to see what he’s gonna do in the future