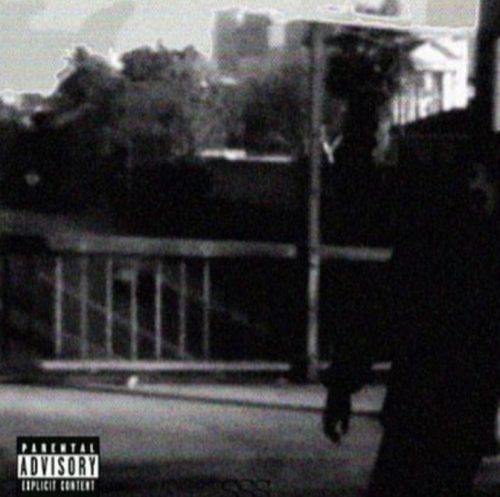 After spending the last few months dropping singles, California emcee J Tantrum is now delivering his 3rd mixtape exclusively on DatPiff. The opener “Reap’N” gets braggadocious over a somewhat jazzy boom bap instrumental, but then it transitions into something more eerie halfway through. The next song “Fear the Real” is basically a message to all the Waco rappers out there & the vibraphone instrumental enhances the ominous vibe of the song as Tantrum’s delivering his aggressive bars. The track “Green Light” sees Tantrum getting vulnerable & the somber pianos enhances the stress that he’s venting out. The song “Basics” has a decent spacey trap beat, but the A.Chal hook is beautifully sung & both Tantrum’s delivery & flow is off the wall insane.

The track “The Essence” has a solid beat change from having heavy bass into something more gloomy & his bars during the first 2 verses are straight hardcore. The song “Geddit” charismatically talks about getting money over a piano-trap beat & A.Chal’s hook here reminds me of Frank Ocean for some reason. The song “Nothin’ But a Thang” gets on some gangsta shit & the Guu verse is ok, but the hook is kinda weak to me. The track “Find Out” talks about taking the crown & living like winner now over a funky bass guitar. The song “High” raps about his squad being The A-Team & fucking you up for slippin’ some vibraphones along with some heavy bass & DJ scratches.

The track “Wop” has an ominous yet abrasive beat & while I didn’t expect the A$AP Twelvyy feature at all, he definitely came through. I also like how first verse in Spanish, but the hook sounds too comatose for me. The song “Dutchboy” is basically Tantrum taunting wack rappers yet again over a druggy instrumental & the line about calling him Lamar despite not having crack under his nose is just absolutely hilarious. The track “Damn Lil Mama” sees J getting back with Guu to get on the romantic tip over a smooth instrumental & the next song “Bonnie” talks about his down bitch with a rest the soulful vocal sample in the background.

The track “Hide” is just lethal over a set of twinkling keys with a sinister bassline & the Da$h verse on the song “Not Guilty” might be my favorite feature on the entire album. The song “Izm” gets back on the gangsta tip over a jazzy instrumental & the rhyme schemes on the penultimate track “Gas Chamber” are just bananas from start to finish. The tape then closes out with “‘Bout It”, where he’s flaunting about him being real along with you being a no name & the trap beat is abrasive is Hell.

Overall, this mixtape is right behind The Come Up for J Tantrum’s best work. A couple of the features were decent & I wasn’t feeling some of the hooks, but the production hits hard for the most part & the bars are just as nastier than ever before. I personally feel that Tantrum is one of the best in the LA underground right now & this tape definitely solidifies that