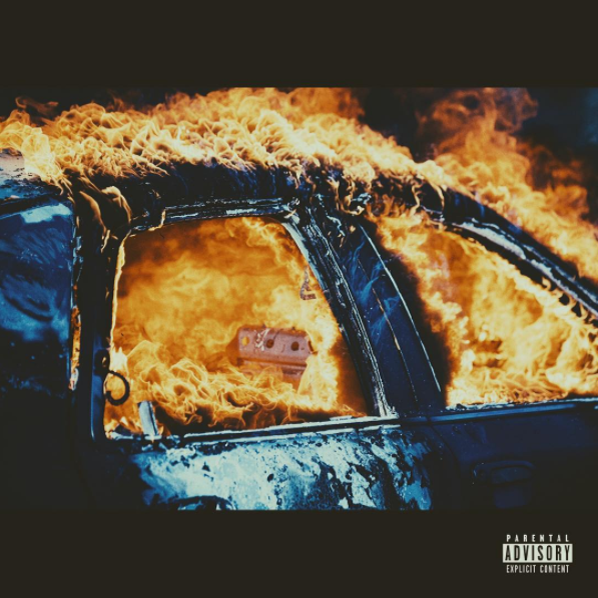 Exactly 5 months after the release of his previous album Love Story back in 2015, Alabama rapper/singer & Eminem protégé Yelawolf did not hesitate to announce plans for this new album over here. He spent last year dropping 2 singles, a prelude EP & then he went on a headlining tour all to promote it. However, he ended up cancelling the last 6 dates of the tour & was admitted into a psychiatric ward by his manager Jeremy Jones after an onstage mental breakdown that was resulted by the death of his childhood friend Shawty Fatt. He then re-emerged a month later under his government name stating that he lost nearly every friend & everything he had, gave his Slumerican Records label to his mother & was now making a fresh start as a new member of the renown Oakland-based alternative hip hop collective Hieroglyphics rather than staying with Shady Records & Interscope. Despite this statement, it wouldn’t be until early June of this year when he officially made his comeback with a music video along with the confirmation that he was keeping the Yelawolf name & staying with Shady/Interscope. Fast forward almost 5 months later, he’s finally releasing & surprisingly self-producing it.

The album opens up with the title track, where he’s talking about the day he was born as well as warning the listener to watch out whenever you’re around him & being back in the saddle after his recent personal issues over a killer hard rock-esque guitar. The next song “Shadows” tells the listener of how he went from going from being a vulnerable kid to becoming a criminal & the instrumental is fittingly ominous as he’s passionately venting his story to the audience. The track “Get Mine” angrily raps about getting yours over a country rock instrumental & not only does the Kid Rock hook fit like a glove, but I can also appreciate the scratches from DJ Klever as it pays tribute to all the DJs out there. The song “Son of a Gun” reflects on how his career began over some chimes with a decent guitar & some awesomely militant drums. The track “Ride or Die” is a dedication to Shawty over some perfectly gloomy piano keys & then a spoken word interlude from Slumerican signee Struggle Jennings over a twangy guitar, we are then treated to the next track “Daylight”. Here, Yela raps about his alcoholism over a country guitar & the fact that he uses the same rhyme scheme for nearly the whole first verse just proves how lyrical Catfish Billy can be.

The song “Do for Love” talks about a dad who eventually decides to rob a store as well as a mother who strips & sells drugs over a dramatic instrumental. The track “Punk” spits about feelin’ at home over a fast-tempo rap rock instrumental & the Juicy J hook makes me a little disappointed that he doesn’t have a verse on here. The song “Row Your Boat” has a somber instrumental & I definitely appreciate Yelawolf getting conscious in his fully sung lyrics, but the hook is actually super corny to me. The track “True to Yourself” passionately talks about living for the moment pretty much over an Western sounding instrumental with some background choir vocals & horns. The song “Sabrina” is a heartfelt dedication to his daughter with the same name & while the instrumental is ok, you can truly hear the pain in Yela’s voice as he’s remembering her. Especially when he’s screaming at the end. The penultimate track “Violin” cleverly compares a soldier & the country he’s fighting for to a man with an unfaithful woman over an acoustic guitar with some beautiful string sections & background vocals. The album then closes out with “Keep Me Alive”, where he explains his come up about his over a twangy guitar & settle drums. Also, the Wyonna Judd hook is probably the best on the entire album.

And as a whole, I think it’s his best full-length album yet. The country & rock elements are being fused in a lot better, Yelawolf sounds his most focused, most inspired & he’s starting to rap a lot more than he did on the last album. I‘ve heard some people say that he’s full-blown corny, but I think this is a prime example of how much of a dedicated artist he is