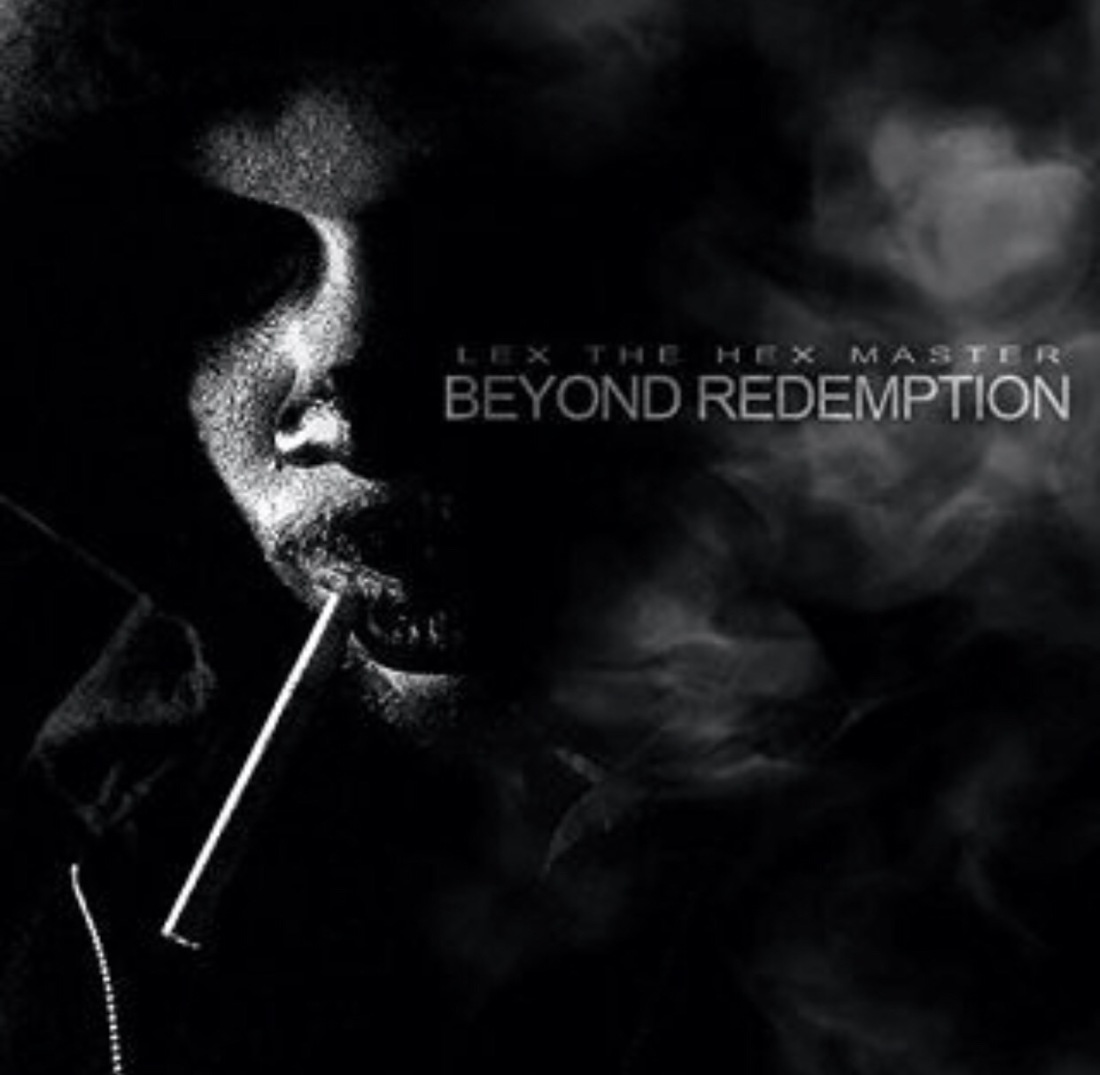 Almost year after his debut Contact & just in time for Halloween, Queens horrorcore MC & Majik Ninja Entertainment signee Lex the Hex Master is now dropping his sophomore album. After an 80 second intro, the title track is the first song in the track listing & it has a super ominous instrumental that fits his angry about being face to face with his fate perfectly. The track “Beast” raps about shuttin’ shit down over an energetic, but the first half of the hook is too nasal for me. The song “Joke’s Ova” with G-Mo Skee & Grizzy Hendrix is basically the 3 venting about the wack shit of today & getting back to the hardcore days over a sinister instrumental. The track “Attributes” sees Lex telling us a bit about himself & the instrumental kinda sounds like something Eminem would rap over in 2002 or 2003, but in a cool way.

The song “Shadow Army” with his mentors Twiztid alongside Gorilla Voltage & Řezník is a nice, gritty horrorcore posse cut & the track “Gangstas” talks about a chick who wants to chill with the thugs over an instrumental with a fitting gangsta rap vibe to it & the song “Broken” vents about haters as well as traumatizing your ears over another Early 2000s Eminem-esque instrumental minus the wailing guitar. The track “Bully Foot” has an instrumental kinda reminds me of “Put ‘Em in Their Place” by Mobb Deep, but Lex’s confrontational bars actually sound just fine over it. The song “Samurai” with Young Wicked sees the 2 bragging about their skills over some pounding drums & the hook is super catchy. The penultimate track “Arrival” with Young Uno, Var Francis & Bubbah Barz sees all 4 MCs taking shots at all the frauds out there over some ominous keyboards & then the closer “It Begins” is Lex vividly telling the story of a man who eventually gets murdered over a perfectly somber instrumental.

Overall, I think Lex the Hex Master outdid himself on this one. The production is grittier, Lex is continuing to improve himself as an MC & it sounds even angrier than before.I think Lex is one of the most underrated right now & if anyone’s new to him, I think this is where you should stop sleeping