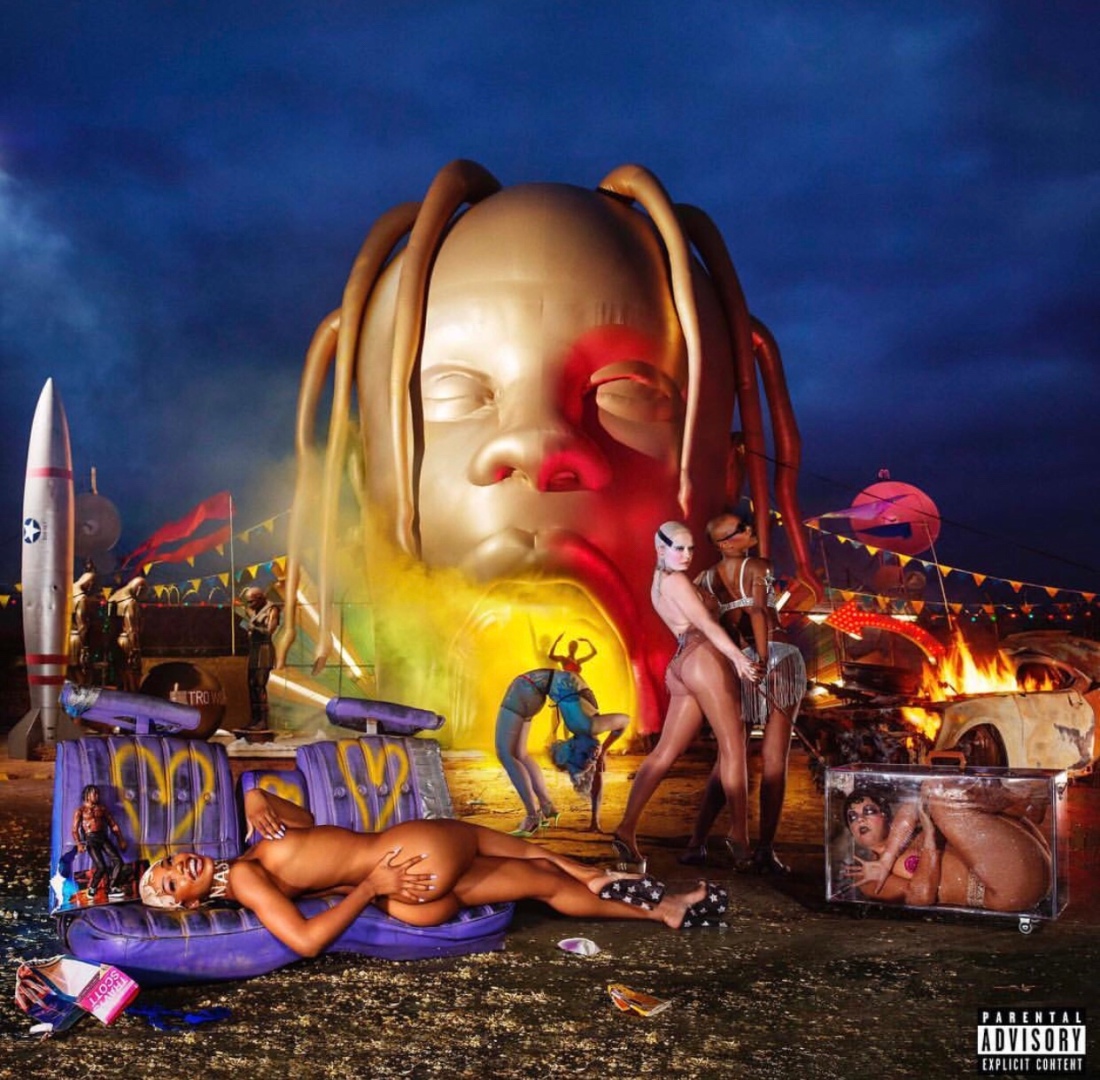 Almost 2 years after his underappreciated sophomore album Birds in the Trap Sing McKnight & with the solid debut album from Huncho Jack at the tail-end of last year, Houston trap mastermind Travis Scott is finally delivering his long-awaited 3rd full-length album.

Things start off with “STARGAZING”, where Travis recalls a drug trip over a Sonny Digital instrumental that starts off atmospheric, but then switches into an eerie trap instrumental. The next song “CAROUSEL” talks about how fly he is over a gritty Hit-Boy instrumental & the Frank Ocean hook is very pretty. The track “SICKO MODE” with Drake sees the 2 talking shit & I like how the instrumental constantly switches up while maintaining a dark sound. The song “R.I.P. SCREW” is an atmospheric tribute to the legendary Screwed Up Click leader DJ Screw while the track “STOP TRYING TO BE GOD” advises the listener to stay true to yourself over a cloudy trap beat & the James Blake/KiD CuDi hook is phenomenal. I also love the Stevie Wonder harmonica that pops up occasionally.

The song “NO BYSTANDERS” is a club banger with a psychedelic trap beat & the Waka Flocka sample for the hook is amazing. The track “SKELETONS” is a slow love ballad with a mellow Tame Impala instrumental along with some harmonious background vocals from Pharrell & The Weeknd. The song “WAKE UP” is a tribute to both Kylie Jenner & Bella Hadid over a Frank Dukes instrumental with rattling hi-hats & some unexpected acoustic guitar passages. I also love the cloudy instrumental outro during the last 40 seconds. The track “5% TINT” gets braggadocious over some bass & ominous keyboards while the perfectly “NC-17” with 21 Savage gets raunchy over a trap beat from Boi-1da with some prominent chimes. The track “ASTROTHUNDER” vents about needing distance over a spacey beat from Travis himself with co-production from John Mayer, Thundercat & Frank Dukes and while the song “YOSEMITE” does about the lavish things in life over a nice acoustic trap beat & the Gunna hook is pretty, but the very short NAV verse at the end is totally redundant.

The track “CAN’T SAY” has an amazing Trae tha Truth sample in the WondaGurl instrumental, but I feel like Don Toliver takes up most of it & his nasal tone does absolutely nothing for me. The song “WHO? WHAT!” feels like an leftover from Huncho Jack, Jack Huncho down to the disappointingly generic instrumental from Cardo, but the song “BUTTERFLY EFFECT” makes up for it as he talks about the famous life over a druggy Murda Beatz instrumental. The penultimate track “HOUSTONFORNICATION” is a tribute to Travis’ hometown of Houston over a murky trap beat & then “COFFEE BEAN” finishes it off with fireworks as Travis reflects on his career up until this point over an unexpected boom bap beat from 1985. The prominently twangy guitar throughout is a nice touch, but the heavy guitar & the string sections that pop up during the last minute are just beautiful.

I’ve been waiting 3 years for this & overall, it’s on the same caliber as Rodeo. The production returns to the experimental sound that was displayed on that album & I love how Travis is rapping a lot more than ever on here. There are a couple lackluster moments but outside of that, it’s just another example of why Travis is the greatest trap rapper of this generation.