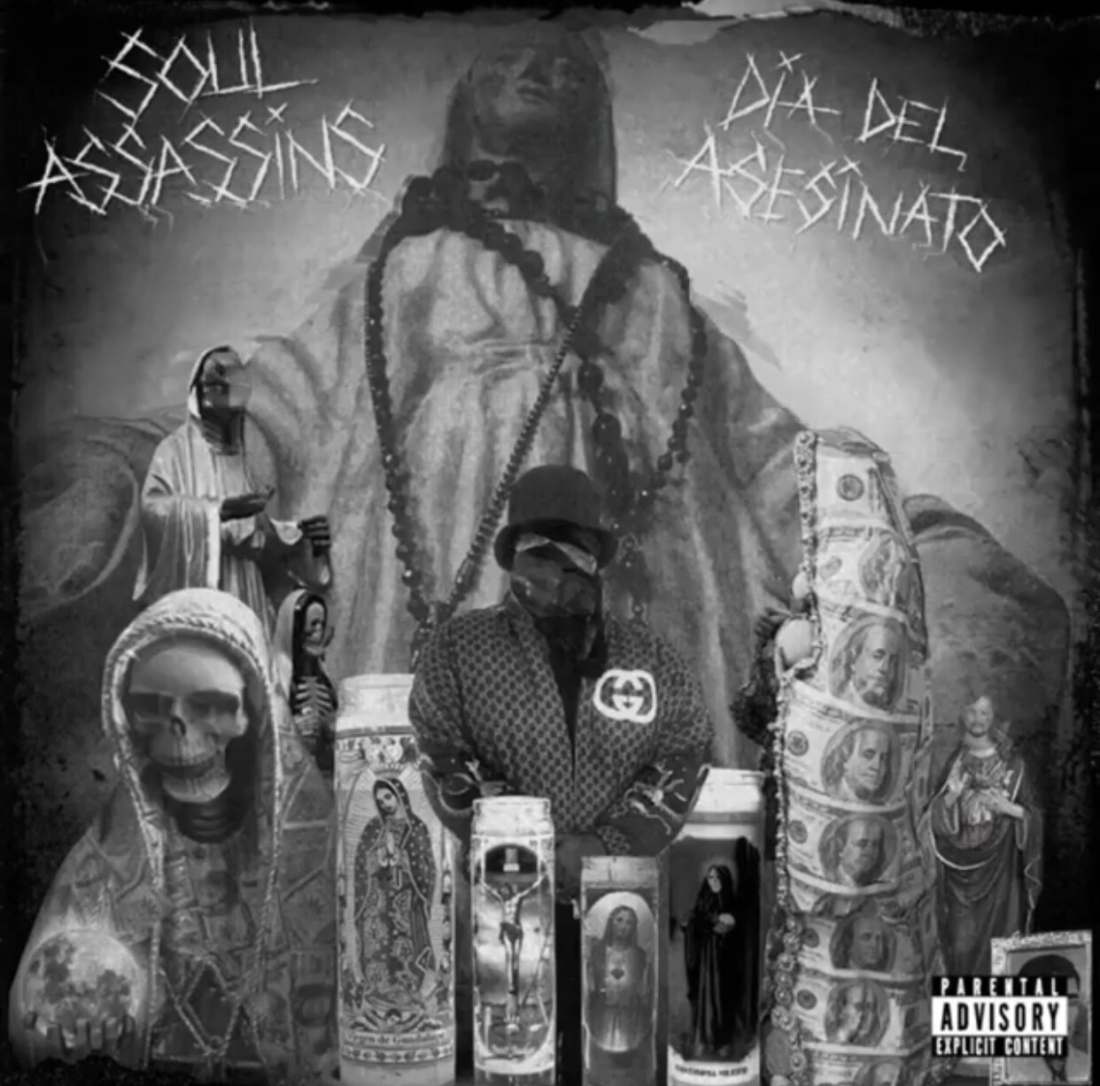 The Soul Assassins are a legendary collective founded by one of the most underrated producers in hip hop history: DJ Muggs. They dropped their iconic debut album Chapter I in 1997 & they followed it up in 2000 with the equally solid II. However, they collectively haven’t dropped that much material since then with this being their 4th full-length album & their first since Intermission in 2009.

After the “Santa Muerte” intro, the first song “Day of the Dead by Kool G Rap sees the Genius of Rap getting murderous over a perfectly suiting instrumental. The next track “Assassination Day” by G Rap & MF DOOM sees the 2 lyrical titans getting confrontational over a haunting instrumental while the track “Yacht Party” by Raekwon of course vividly gets mafioso over a luxurious instrumental. The song “Black Snow Beach” by Rae & Meyhem Lauren brags about how better they are than you over some strings while the next 2 songs are solely performed by Mach-Hommy. The first one “Blue Horseshoes” has a decent instrumental, but Mach sounds like he phoned it in.

The other one “Contagion Theory” has a somewhat jazzy instrumental that’s actually beautiful, but it doesn’t sound fully written to me. Things pick up on “Wally Face”, where Hus Kingpin provides some vivid storytelling over a settle beat with an alluring vocal sample for the hook. The song “Duck Sauce” by Eto talks about how this ain’t a game over a boom bap beat with an electric guitar while the track “Niggas is Pussy” by Meyhem Lauren speaks for itself over a heavy guitar. And before things finish with the outro, the final song “Death Wish” by Freddie Gibbs & DOOM displays the 2 spitting battle bars over an eerie beat.

I’ve been wondering when or if the Soul Assassins were ever gonna drop an album again & they came back pretty triumphantly. The performers are outstanding for the most part as is DJ Muggs’ production & the concept about using hip hop against corruption is very well thought out