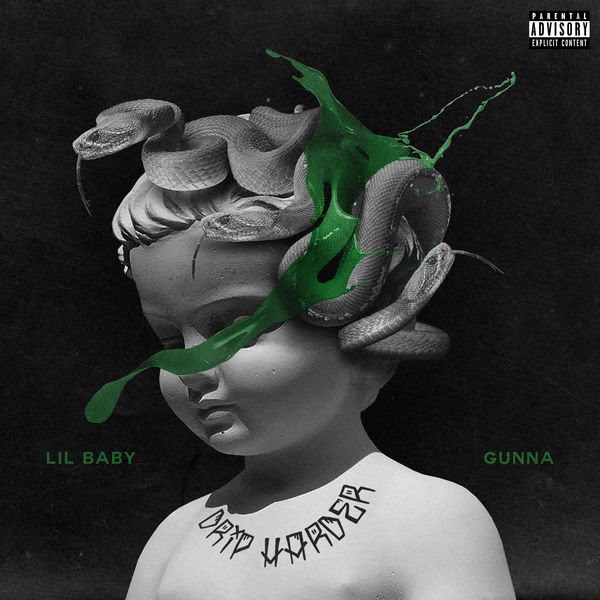 Gunna is a 25 year old rapper from College Park, Georgia who signed to Young Thug’s 300 Entertainment imprint YSL Records in 2016. He’s released his Drip Season trilogy of mixtapes over the course of those 2 years, with the first 2 from 2016 & 2017 respectively being average & the latest installment Drip Season 3 that came out at the beginning the year easily becoming Gunna’s best work yet.

Lil Baby on the other hand is a 23 year old rapper from Atlanta, Georgia who signed to Quality Control Music, Motown Records & Capitol Records while releasing 3 mediocre mixtapes just last year: Perfect Timing, Harder Than Hard & Too Hard. He even released his surprisingly consistent full-length debut Harder Than Ever just this past May & after a handful of collabs with Gunna over the past year, the 2 have decided to take it to the next level with a full-length collab mixtape.

The tape opens with “Off White VLONE”, where the duo link up with Lil Durk & NAV to deliver a boring sequel to “Chanel (Go Get It)“ off the recent YSL compilation Slime Language. The next track “Business is Business” sees the 2 talking about how they better get paid an eerie trap beat while the song “Belly” talks about how they have women like Taral Hicks’ character in the titular movie over an instrumental kin to Young Thug’s BEAUTIFUL THUGGER GIRLS. The track “Deep End” is a Lil Baby solo cut talking about how he has a gang feeling in him over a nondescript instrumental that doesn’t enhance the vibe at all while the song “World is Yours” is a Gunna solo cut talks about being a rockstar over a slow, laidback trap beat from Wheezy.

The track “Underdog” sees Gunna & Lil Baby reuniting to talk about how they feel like the titular idiom in today’s hip hop landscape over a spacey trap beat while the song “I Am” talks about they’re stuck in their own lanes over some piano keys & skittering snares. The track “Seals Pills” is a moody drug anthem while the song “My Jeans” talks about money over a bland Wheezy beat & I’m actually REALLY disappointed that Thugger only handles the hook on here.

The track “Style Stealer” is another Gunna solo cut albeit being about biters over a trap beat with an alluring woodwind in the background while the song “Close Friends” is a Lil Baby solo cut about how this woman became her girlfriend over a mellow beat. The penultimate track “Drip Too Hard” gets braggadocious over a moody, bass-heavy trap beat & then the closer “Never Recover” with Drake continues the vibe of the previous joint except with a more sinister atmosphere to the Tay Keith production.

There are some highlights on here, but it just comes off as a poor man’s SUPER SLIMEY. The production, the duo’s chemistry, their similar styles, nearly everything just comes off as VERY average at the end of the day.