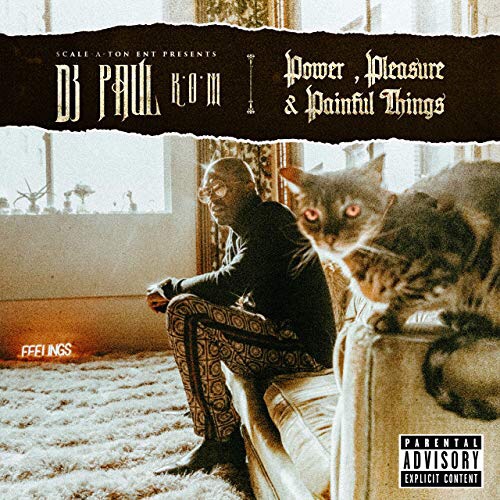 DJ Paul is a 42 year old MC, producer, DJ, songwriter & entrepreneur from Memphis, Tennessee known for co-founding the seminal Three 6 Mafia with Juicy J. He made his solo debut in 2002 with Underground 16: For da Summa but for the past decade, Paul’s has delivered a total of 7 more albums through his Scale-A-Ton Entertainment record label including his 2015 magnum opus Master of Evil with the help of Psychopathic Records or the Year of the 6 duology in conjunction with Slumerican the following year. However after spending the last year & a half producing & doing features, he’s returning with his debut EP.

After the “No More Small Time” interlude, the song “Real Money” with Beanie Sigel is pretty much a sequel to the last joint except it’s way more tolerable & off the wall. After the “Life Got Real” interlude, the final song “They Beefin’” is a menacing diss towards people who choosin’ sides. Then the EP finishes off with the “Gettin’ Caught Up” skit & a spoken word outro.

While it’s not bad, it could’ve been a lot better in my opinion. Paul pretty much sticks to his guns both lyrically & sonically, but the interludes before every song are highly annoying. Nonetheless, still a neck-breaking prelude of something bigger to come.