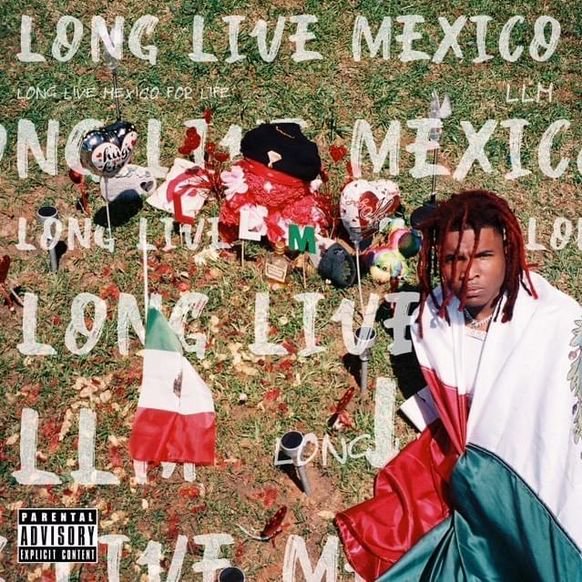 Lil Keed is a 21 year old rapper from Atlanta, Georgia that first gained attention when he landed a contract with Young Thug’s 300 Entertainment imprint YSL Records last year, eventually landing a spot on the label’s Slime Language compilation that summer. He eventually made his YSL debut with his 3rd mixtape Keed Talk to ‘Em which was alright, but I was REALLY curious to hear what he was gonna do on his full-length debut over here.

The opener “Ride the Wave” is a hilariously delusional way to start off the album, especially since he’s talking about how he’s paved the way for today’s hip hop landscape when he literally just started. The next song “Oh My God” talks about his come up over a bland beat while the song “Anybody” with Gunna & Lil Duke talks about how they came a long way over an instrumental kin to BEAUTIFUL THUGGER GIRLS. The track “Rockstar” with NAV is a vapid look into the titular lifestyle with a generic beat while the song “Million Dollar Mansion” with Young Thug sees the 2 charismatically boasting over an bass-heavy Pi’erre Bourne instrumental.

The track “H.B.S. (Hood Baby Shit)” is a decently druggy brag while the song “Tip Top” by Guap Tarantino & MSA PG feels totally out of place since Lil Keed has little to no presence at all despite the soothing Turbo instrumental. The track “Child” with Moneybagg Yo sees the 2 talking about their hustling days over a horror-esque trap beat while the song “Snake” is a diss towards an unnamed person over another instrumental that has a bit of a country twang to it. The track “Pass It Out” with Lil Gotit is a party anthem with a Godly instrumental from Metro Boomin’ while the song “Pull Up” with Lil Uzi Vert & YNW Melly talks about their new lifestyles over a vibrant instrumental with a prominent woodwind.

The track “Ride wit You” is an annoyingly repetitive romance cut with a beautifully synthesizer-heavy instrumental while the song “Just a Dream” is actually a pretty cool continuation of the last track with an atmospheric beat. The album then finishes off with “Proud of Me”, where Keed & Young Thug pay an endearing tribute to the legendary Gucci Mane over a piano-inflicted trap beat.

Overall, this was just ok. The beats are slightly better than last time & even though I feel like Lil Keed is showing his potential a little bit more, he’s also still living in the shadows of his mentor. Hopefully he’ll come more into his own on the next project, because he’s definitely one of the best YSL signees currently.