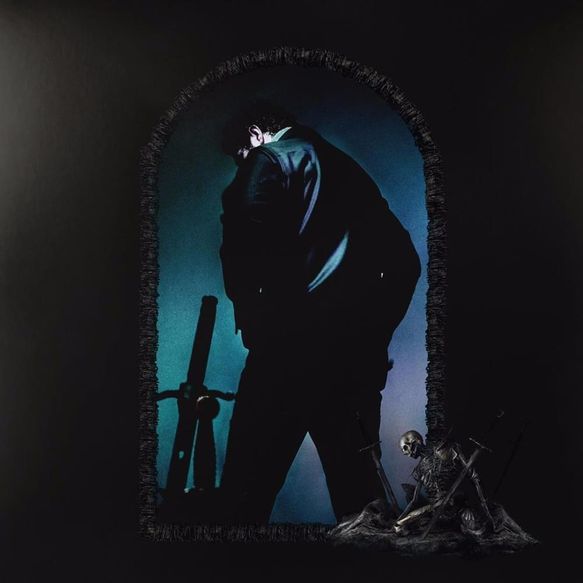 This is the 3rd full-length album from New York born & Texas raised rapper, singer, songwriter & producer Post Malone. Who rose to stardom in 2015 with the single “White Iverson”, which landed on his subpar debut album stoney at the tail-end of 2016. He took the following year off, but his sophomore album beerbongs & bentleys last spring showed a little bit of improvement as the songs were a lot catchier than last time around. And a little over a year later, here we are.

The title track essentially finds Post going on about some woman over a dull instrumental while the next song “Saint-Tropez” is a by the numbers club banger. The track “Enemies” with DaBaby sees the 2 talking about people who’ve turned against them over a moody instrumental while the song “Allergic” is a trite & obnoxious ballad.

The track “1,000 Bad Times” talking about how crazy this chick is over an airy instrumental while the song “Circles” is a whiny attempt at going indie pop. The track “Die for Me” with Future talks about scandalous women with Halsey providing a terrible verse from the ladies’ perspectives at the end over a drab beat while the song “On the Road” with Meek Mill & Lil Baby finds the 3 bragging over a generically atmospheric beat.

The track “Take What You Want” with Travis Scott sees the 2 diving into more romantic melodrama & not only is the instrumental equally uneventful, but the Ozzy Osbourne hook on here has to be one of the worst features I’ve heard all year. The song “I’m Gonna Be” is essentially the trap equivalent to Logic’s “Don’t Be Afraid to Be Different” minus the awful Will Smith verse while the track “Staring at the Sun” with SZA is an awkward duet about their past romances over an instrumental that’s blatantly similar to the playful “Sunflower” joint that he did with Swae Lee for Spider-Man: Into the Spider-Verse. And funny enough too, that’s the VERY next song on the album.

The track “Internet” is basically him moaning about the things people say about him online & the song “Goodbyes” talks about leaving a girl whereas Young Thug is talking about working it out with her over a bleak instrumental. The track “Myself” sounds like a total Tame Impala ripoff while the song “I Know” talks about how his love with this woman will never be duplicated over a skeletal instrumental. The torture finally ends with “Wow.”, which is a boring sequel to “Congratulations”.

I didn’t like this. Not even a little bit. With the last album I felt like Post actually came through with writing & delivering some catchy radio hits, but this feels WAY more cumbersome. Maybe even more so than [i]stoney[/i] was almost 3 years ago. Another thing is too that it seems like him hopping on the emo rap bandwagon & failing miserably. By far the worst thing he’s done to date.