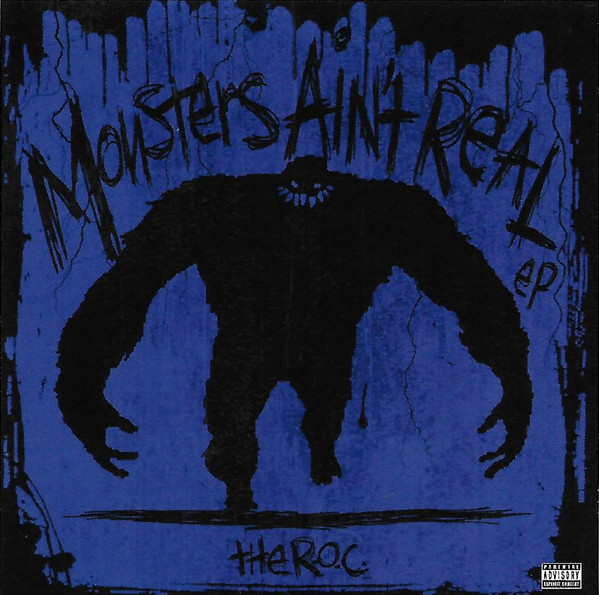 The R.O.C. is a horrorcore veteran from Detroit, Michigan who got his start as a member of the House of Krazees with Jamie Madrox & Monoxide. When the latter 2 went onto form the duo Twiztid & sign with Psychopathic Records, The R.O.C. hooked up with Skrapz to put out 1 last album under the HOK name before starting a duo of their own called HaLFBrEEd. Although they would only release 1 official album under the HaLFBrEEd name titled Kontamination, it would go on to become a horrorcore classic. Then in 2008, he signed to Psychopathic’s now defunct Hatchet House sub-label & put out his Welcome to the Darkside EP before “retiring” the following year. Eventually, The R.O.C. returned to making music in 2012 & signed to Majik Ninja Entertainment in 2014. His long awaited 3rd album Digital Voodoo finally saw the light of day in 2017 & would go down as his magnum opus in my personal opinion but 2 & a half years later, he’s treating fans with his 6th EP.

After the “Have Some” intro, the first song “From Beneath” finds The R.O.C. comparing himself to a demon to over an orchestral trap beat. The track “A Dream” talks about being in a nightmare over a frightening instrumental from Eric Davie while the song “The Chase” talks about being hunted down over a demented instrumental. And then before the “Next Time” outro, the title track paints a vivid picture of insanity over an electronic-tinged instrumental.

If we’re getting a new full-length album from The R.O.C. in 2020, then this is a fantastic appetizer for the main course. He’s always been the most underrated of MNE & this is no exception of proving that from his lyricism getting better with time to his ever-so chilling production skills. Really looking forward to a follow-up to Digital Voodoo.