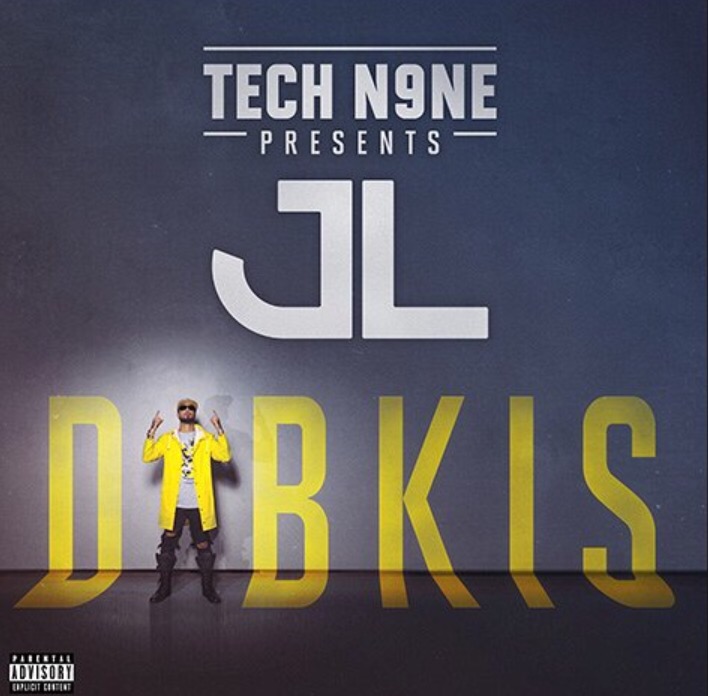 After being affiliated with Strange Music for several years, Kansas City emcee JL finally signed with the independent hip hop powerhouse in 2015 & is now releasing his first album with them. The opener “Strange the World” has a killer rap rock beat & given the title of the track, JL does not disappoint. The next song “2 Up” with Strange founder Tech N9ne talks about being 2 brackets above everyone else & while I do enjoy verses as well as the heavy bass in the production, the execution of the hook could’ve been much better. The track “Own Thang” originally appeared on Tech’s last non-Collabos album The Storm back when it first came out back in December & it’s just as great as it was then from the stereotype topic to 7’s hard hitting production. The song “Hate Nature” addresses all the haters out there & 7’s production fits JL’s aggressive delivery like a glove. The track “Out Da Hood” is basically about going from rags to riches over a hyphy beat & the guest verse from Nef the Pharaoh isn’t too bad either. The song “Saturday” with Tech as well as The Popper & Marlon Young is a club banger, but it just feels redundant to me. The track “Risky” talks about sex over a spacey beat & while he does it cleverly, the hook from Navé Monjo is just ok. The song “Catch a Wave” with Joey Cool talks about grinding & I absolutely love how it starts off with some ominous strings. The keyboards on here are pretty nice, too. The track “Password” is yet another club banger just like the previously mentioned “Saturday”, but this one goes WAY harder. Not just because of ¡MAYDAY!’s production, but JL changes his flow near the end of both verses very cohesively. The song “Technology” with Tech N9ne talks about sexual activity via technology (hence the title) & both of them do it very creatively. Especially with the reference to the classic Zapp track “Computer Love” right before Tech’s verse. The perfectly titled “Fuck Everything” is pretty much JL angrily going at every single thing from clubs to excuses & while one may complain about the excessive use of the word “fuck”, I personally think it’s an abrasive track. The track “Done to Me” vents about a breakup & I like how the guitar matches the sincere vibe that’s being given off. The song “Propaganda” sees JL getting conscious & there are some really cool DJ scratches going on in the background throughout the duration of the track. The penultimate track “Elevation” talks about being stressed then eventually making it & between the guest verses from Joey Cool along with Emilio Rojas & Krizz Kaliko, I felt that Krizz had the best flow of the 3 despite the mediocre PlayStation simile that pops in a little bit after his verse starts. The album then closes out with “This Time”, where JL’s passionately spitting about how thankful he is that his time isn’t up yet as well as how he feels right at home with Strange Music over a beat from 7 that has an fittingly ambitious vibe to it. There’s also a pre-order track to this thing called “Everywhere”, which pretty much brags about success & the production from The Dead Beatz is just THUNDEROUS! If you ask me, this could very well be JL’s best work yet. His lyricism & delivery are on point like it’s always been & the production is probably the hardest set of beats he’s ever had. I’ve always felt that this cat is very underappreciated & the fact that Tech N9ne is giving him proper exposure with this album makes me very happy for both parties, because this dude really is gonna be Strange’s next big artist