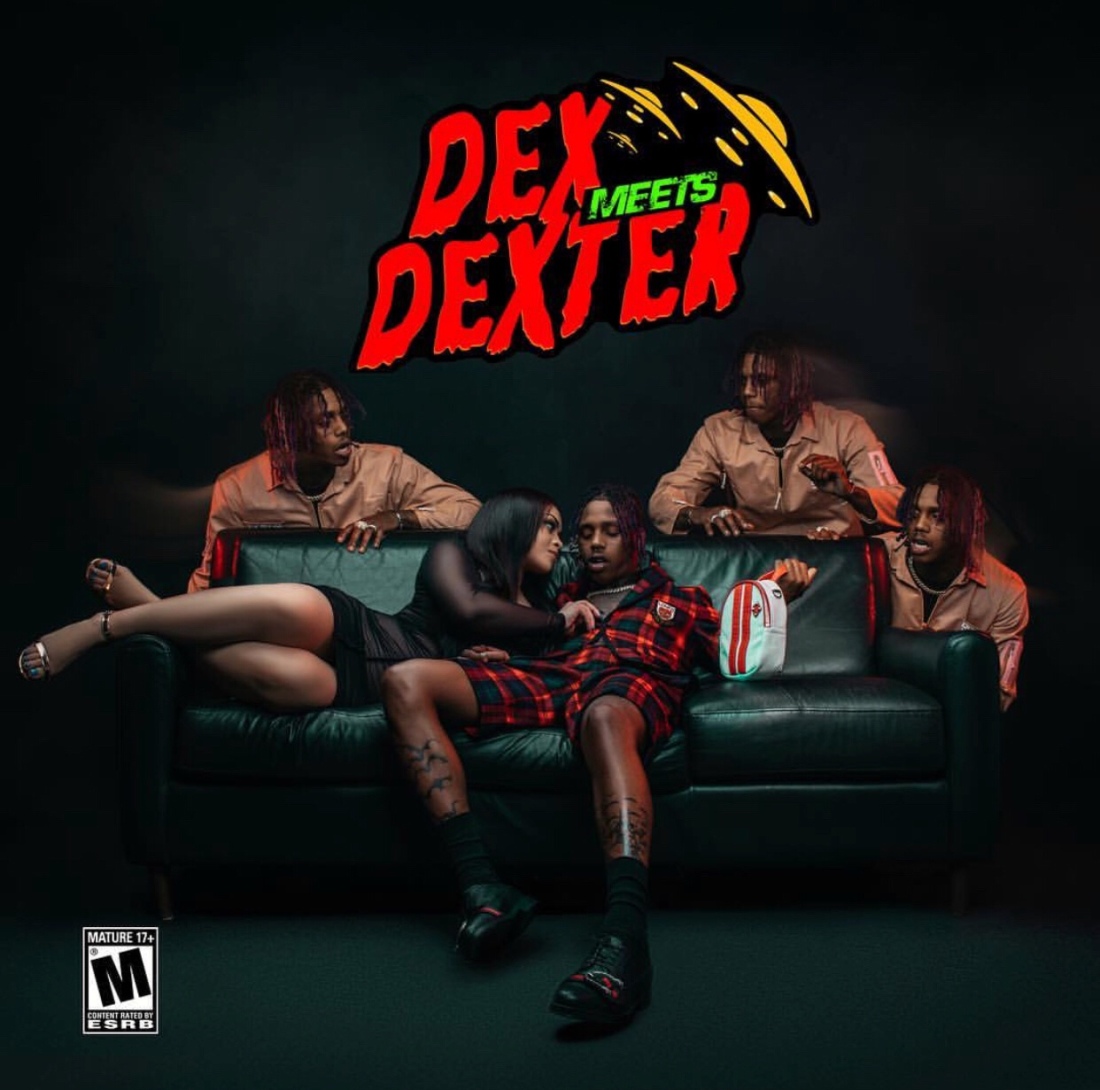 Famous Dex is a 24 year old rapper from Chicago, Illinois & he is finally releasing his debut album after dropping 7 mixtapes over the past 3 years. The album starts off with “DMD”, where Dex gets braggadocious over an atmospheric beat from Pi’erre Bourne. The next song “Prove It” talks about a gold digger over a bass-heavy instrumental with a funky guitar during the hook while the track “Japan” talks about partying in the titular country over a synth-trap beat. The song “Deadpool” may have a spacey trap beat, but it sounds underwritten.

The track “Light” is a luscious romance tune with a beautiful hook, but Dex’s auto-tune is cliché to me. The song “Celine” has a nice bell/trap beat from Ronny J & the auto-tune delivery here is way better than “Light”. The track “Take Her” with Wiz Khalifa flexes about the lavish life over a cloudy beat while the song “Hemi” sounds like a short freestyle over a bass-heavy Ronny J instrumental.

The track “Pick It Up” with A$AP Rocky sees the 2 charismatically bragging about their current wealth while reminiscing about the old days & the instrumental from both FKi 1st & Sosa 808 is beautiful. Especially with the soul sample. The song “Them Days” reflects on his youth over a cloudy beat while the track “Said So” is about her new chick & dissing his ex over a moody beat. While he‘s repeating himself on song “XOXO”, it is a fun joint to me. The track “Chump” is about fake dudes over an airy beat & then the closer “Champion” is basically about going from being broke to being rich over an spacey beat from Diplo.

This is the big debut that I’ve been wanting from Dex. His production is better than his past mixtapes & while he’s far from a spiritual lyrical miracle, I’ve always loved his charisma & it definitely shines brighter here than ever before