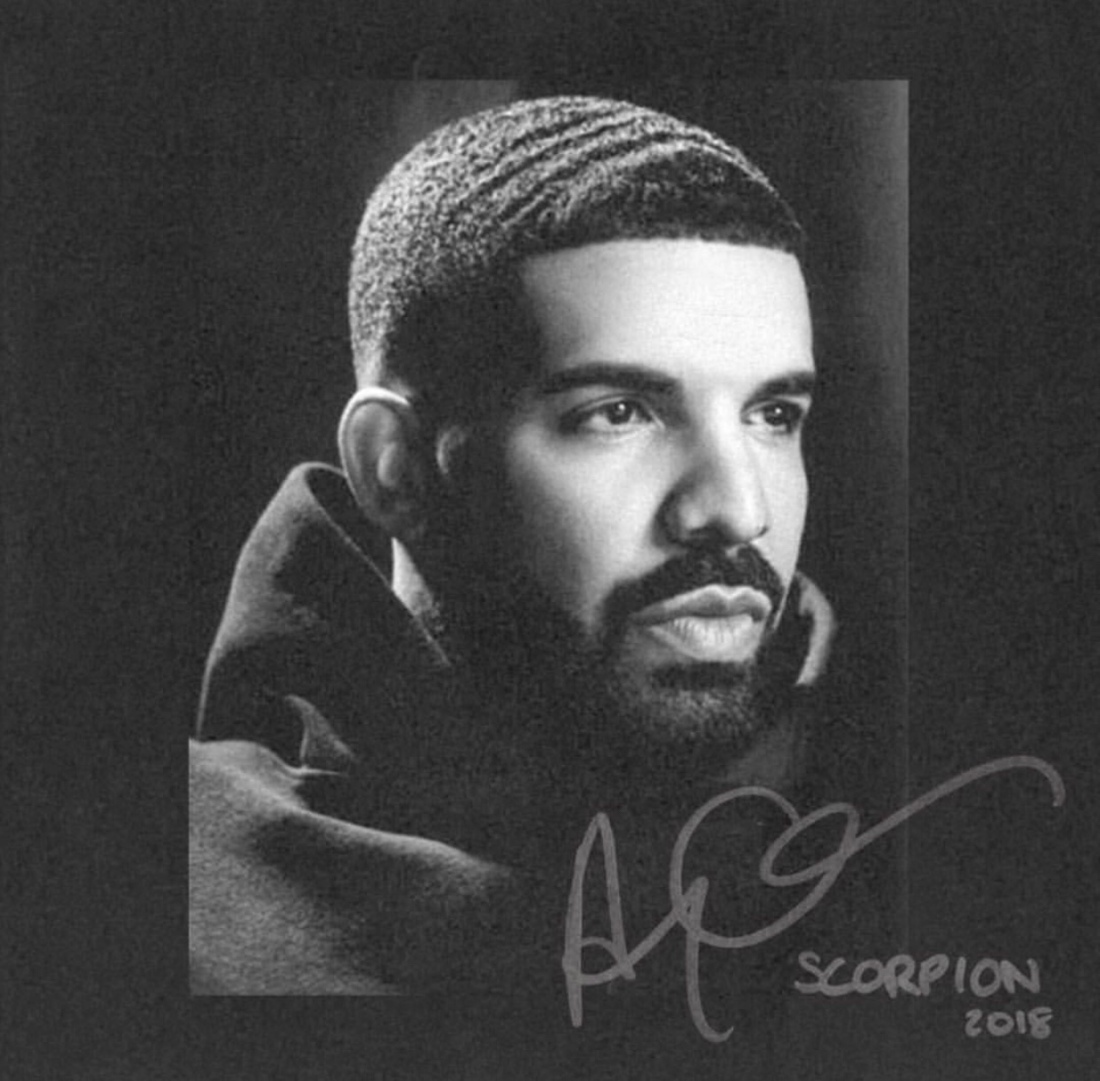 In the midst of his beef with Pusha T late last month, Canadian superstar Drake is giving fans his long-awaited 5th full-length album. Interestingly too, it consists of 2 discs & 25 tracks in total: first disc is all hip hop songs & the other is all R&B songs.

The opener “Survival” is a reflection of his career over a killer Lil B sample from No I.D. & 40 while the next song “Nonstop” talks about his grind over some prominent bass. The track “Elevate” talks about becoming famous & making life better for him & his loved ones over some atmospheric background vocals while the song “Emotionless” is a response to Pusha T’s nasty “Story of Adidon” diss track from last month. He’s not dissing him, but he does confirm that he has a son named Adonis over this trap beat with a beautiful soul sample. However the one line where he says “I wasn’t hidin’ my kid from the world, I was hidin’ the world from my kid” made me chuckle a little bit. I mean it’s no question that the media would’ve been all over the baby if his birth was announced prior, but I kinda laughed because of the fact that the mother Sophie Brussaux went on Twitter last fall & dissed him. The track “God’s Plan” is just as fun as it was on his Scary Hours EP from earlier this year while “I’m Upset” boringly talks about alimony over a gloomy trap beat.

The track “8/10” talks about where he’s at now over an uplifting boom bap beat from Boi-1da while the song “Mob Ties” talks about cutting people off over a bouncy beat. The track “Can’t Take a Joke” is about hanging out with the titular people in Hidden Hills & Italy over a murky beat. The song “Sandra’s Rose” talks about how his life has changed since being in the music industry over a beautiful DJ Premier beat & the track “Take Up” sees him talking about childhood over a grimy DJ Paul beat with JAY-Z’s verse kinda reminds me of his mafioso days. I also love how he ends the song by saying “I got your president tweetin’, I won’t even meet with him. Y’all killed XXXTENTACION & let George Zimmerman live, streets is done”. The first disc then finishes off with fittingly with “Is There More?”, where Drake is asking questions about life over a moody beat.

The next disc starts off with “Peak”, where he sings to an unnamed love interest over a settle beat. The next track “Summer Games” talks about a breakup over a spacey instrumental that to me sounds like it would pop up on any KiD CuDi album while the song “Jaded” is a dedication to Jorja Smith over an atmospheric beat. The track “Nice for What” is an empowering women’s anthem over a Murda Beatz instrumental with a beautiful sample of Lauryn Hill’s “Ex-Factor”, but it feels like it should’ve been on the previous disc. The song “Finesse” is a message to his current significant other over another settle instrumental, but then “Ratchet Happy Birthday” might be the worst Drizzy track I’ve ever heard. I get that he wants this girl to have a good time on her birthday, but it’s just really corny. The instrumental is buttery as Hell, too.

The song “That’s How You Feel” talks about spending time with an unknown girl over another moody beat while the track “Blue Tint” is a response to all his haters but just like “Nice for What”, it sounds like it was made for the first disc. The song “In My Feelings” asks the City Girls if they love him, but it seems desperate & sappy. The track “Don’t Matter to Me” talks about his ex doing drugs & alcohol as a result of breaking up with him, but it actually works well thanks to the unreleased Michael Jackson vocals that’re evenly balanced.

The song “After Dark” with Ty$ sees the 2 talking about hooking up with women in the late night hours over a laidback instrumental from none other than Static Major & while the penultimate track “Final Fantasy” is probably the freakiest I’ve ever heard Aubrey get, but it’s the 3rd track on this R&B side feels like it should’ve been on the first disc. The album then finishes with “March 14”, which is a 4th misplaced rap song on the entire album. However it’s not bad, because I like how he goes more in-depth about Adonis over this moody boom bap beat

While this is definitely better than VIEWS & More Life, it’s still a mixed bag. He sounds a lot more passionate on here than he did on the last 2 projects I mentioned & I can definitely appreciate the A Side/B Side concept, but there are 4 tracks on the 2nd disc that really should’ve been on the first one & A LOT of filler. If you evenly took the best tracks from both discs & put them onto just 1, then it would’ve been pretty great.