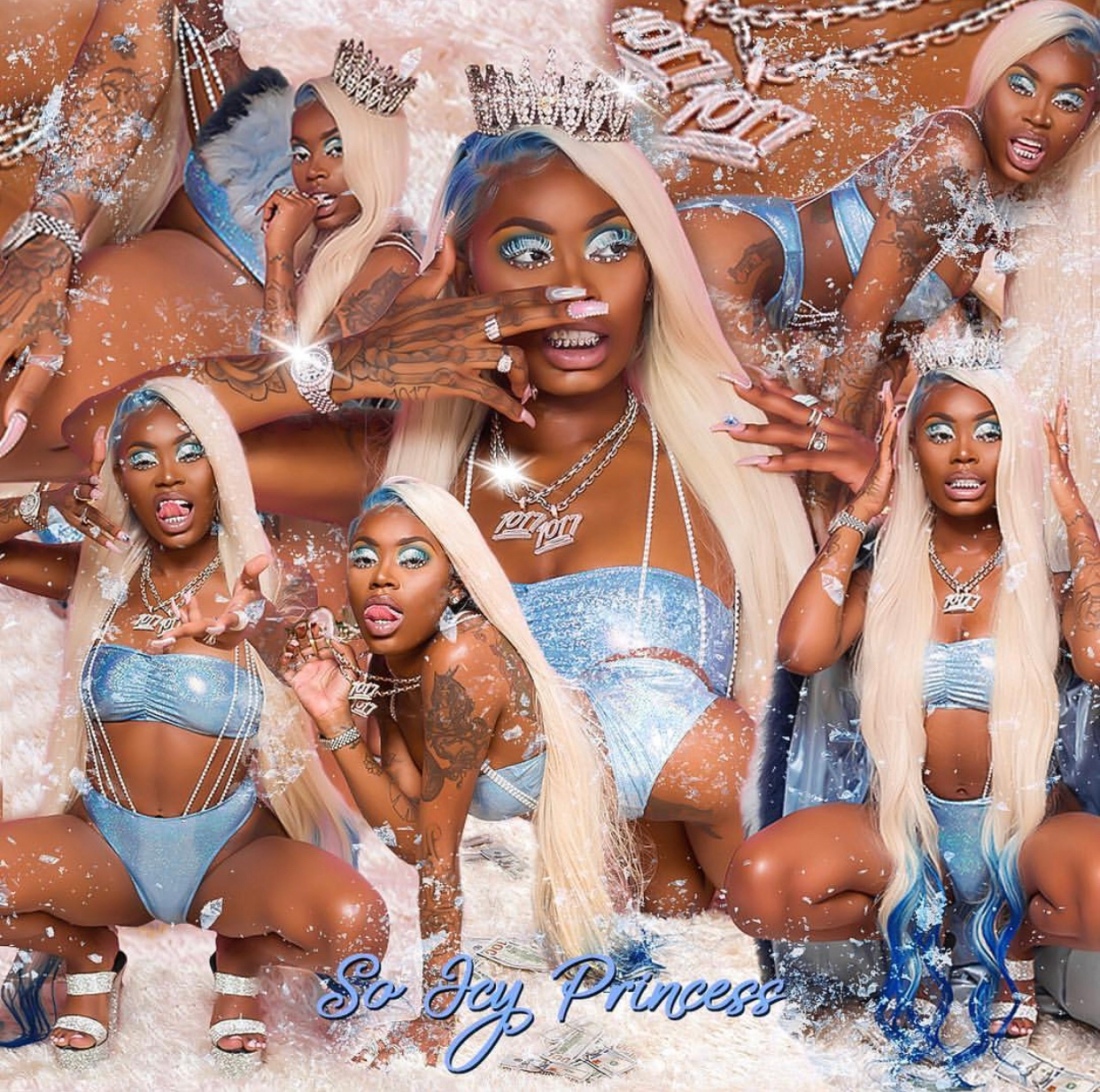 Asian Doll is a 20 year old rapper from Dallas, Texas who first came onto the scene in 2015 with her Rise of the Barbie Doll Gang mixtape. She has released 5 more mixtapes since then & just over the summer, she landed a contract with the legendary Gucci Mane’s Interscope Records imprint 1017 Eskimo Records with this 7th mixtape of hers being her 1st outing with Wizzop’s camp.

The title track that kicks the tape off gets boastful over a video gamely instrumental & the next song “First Off” gets confrontational over a gritty trap beat. The track “1017 with Gucci & Yung Mal sees the 3 talking about wanting to “stun ‘em” over a downtempo instrumental while the song “Southside” is filled with gritty street bars over a suiting instrumental from the 808 Mafia co-founder with the same name.

The track “Traumatized” talks about murder & the beat is just ok, but her voiced is SLATHERED in auto-tune to the point where it becomes annoying. The song “Talk” is even worse, because it sounds like “Myself” by NAV for God knows what reason. The track “Kit Kat” talks about how she’s above her competition, but it doesn’t sound fully fleshed out to me. The song “Rock Out” is a raunchy sex tune over an instrumental that you can hear on any new E-40 album while the track “Hardest Doll” talks about her new lifestyle since signing to Wop over a Southside instrumental with some icy synths & heavy-bass.

The song “Rich Guy” talks about needing the titular type of man over a thunderous trap beat with some sirens while the track “Facts” with Dreezy sees the 2 claiming they both speak the truth over a trap beat with some synthesizers that provide a bit of a futuristic vibe. The song “Running Man” with Smooky MarGielaa is about how money made them both new enemies over a sinister beat while the track “NASCAR” is another brag about the rich life over a bouncy instrumental.

The song “No Cap” is mostly nondescript, but the dude who’s featured on it named Go Yayo sounds EXACTLY like Young Thug. If Asian Doll wanted the REAL Thugger on this tape, I feel like she easily could’ve went up to Gucci & said “Hey let’s see if Young Thug can do a feature for this project”. The penultimate track “Check” energetically returns to the flexing tip over a trap beat with a decent keyboard lead then the closer “Headspin” while both Asian Doll & YBN Nahmir compliment each other pretty well, it sounds unfinished.

I was pretty intrigued from the moment I heard that Asian Doll signed to 1017 Eskimo, but this was pretty mediocre. She definitely sounds a lot better than she did on her previous tapes, but some of the production & most of the features kinda weigh it down. I really think Asian Doll has the most potential out of everyone on the current 1017 Eskimo roster, but this barely makes a dent through the wall unfortunately.