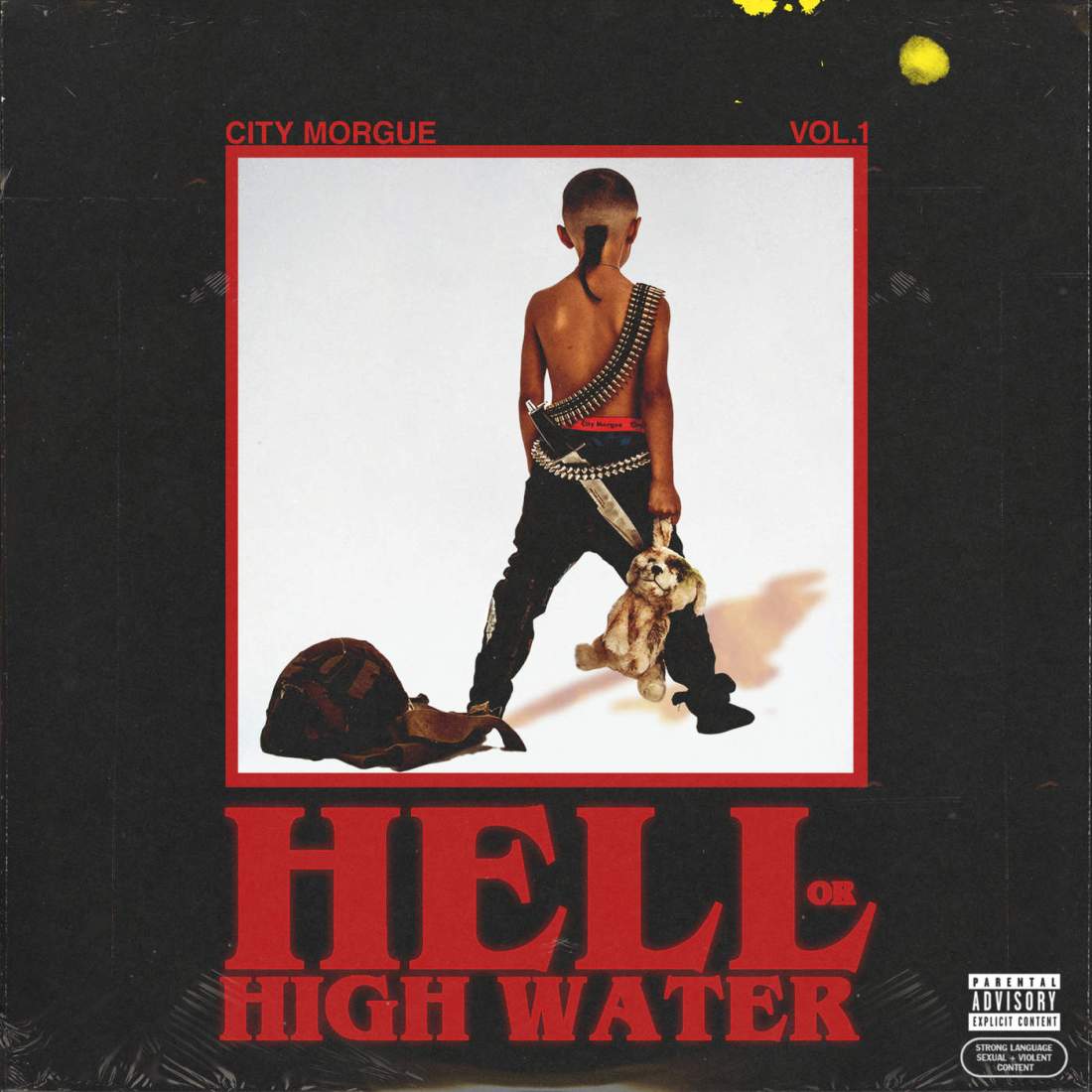 City Morgue is a New York hip hop trio consisting of producer Thraxx alongside MCs ZillaKami & SosMula. They dropped an EP back in August & while I thought Zilla’s feature on the latest Denzel Curry album TA13OO was just ok, the trio’s full-length debut over here eventually got the best of me & I decided to give it a shot.

The album begins with “Caligula”, which is a mosh pit anthem with an abrasive trap beat. The next song “Arson” pretty much speaks for itself over a metal/trap fusion while the track “KenPark” sees SosMula & Black Kray spitting gun bars over a sinister heavy guitar lead with some hi-hats. The song “Gravehop187” is the duo reuniting albeit with Black Kray once again to get murderous over a chaotic instrumental while the track “Lamborghini Getaway” talks about 2 drug dealers doing their thing & escaping from the cops over a sinister trap beat from Ronny J.

The song “Nuka Cola” is filled with battle bars over a monstrous Powers Pleasant instrumental while the track “PTSD” gets back on the murder tip over a trap beat with a Halloween-esque guitar in the background. The song “So What” talks about how they don’t give a fuck over another intriguing fusion of metal & trap while the track “Snow on tha Bluff” is a tune inspired by the independent film with the same name with a druggy Ronny J instrumental.

The song “Downer” is all about how asshole-ish the trio are over a nu metal instrumental with some skittering snares while the track “Aw Shit” is a club banger with a cloudy trap instrumental. The song “SHINNERS13” talks about how they’ll ride for each other over a rap metal instrumental while the penultimate track “33rd Blakk Glass” is all about being unbreakable over an electronic/trap fusion. The album then closes with “SK8 HEAD”, which is a tribute to their skate team over a trap beat with some haunting synthesizers.

I really didn’t know what to expect going in, but this is truly one of the wildest trap records I’ve heard all year. It’s a little short & the 2 Black Krey features are meh but the youthful, angry chemistry between ZillaKami & SosMula is adrenaline inducing. And on top of that: the production suits this aggressiveness near perfectly. Especially with the trap/metal fusions, which I don’t recall ever hearing being done prior to this & I think it really does it’s part in helping them stand out in this modern day trap scene.