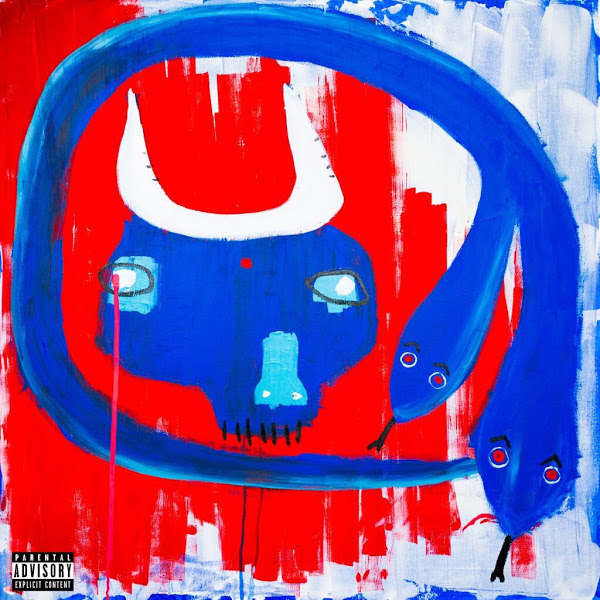 Action Bronson is a 34 year old MC who blew up with release of his debut album Dr. Lecter in 2011. He then landed a joint venture with VICE Music & Atlantic Records while following up his debut with a couple EPs & mixtapes. The most notable being Blue Chips duology, Saab Stories & my personal favorite: Rare Chandeliers. He then put out his major label debut Mr. Wonderful in 2015 & it has some of his best songs on there, but the end result would be a more glitzy mixed bag. He returned last summer with Blue Chips 7000 & now that he’s completely independent, he has decided to celebrate with his 5th full-length album.

The album kicks off with “Dr. Kimble”, where he gets boastful over a rap rock instrumental from Harry Fraud. The “Irishman Freestyle” is an average theme for the upcoming Martin Scorsese film The Irishman that’s due next year & the song “Mt. Etna” talks about depression over a relaxing Daringer instrumental. The track “Live from the Moon” is filled with interstellar references over a jazzy Knxwledge beat while the titular song feels like a return to Bronson’s old school style from the braggadocious bars to the smooth boom bap beat from Daringer.

The track “Brutal” with Meyhem Lauren sees the 2 spitting battle bars over a guitar & an organ while the song “Prince Charming” is a soulful love tune. The track “Telemundo” sees Bronson getting confrontational over a wailing guitar while the song “Picasso’s Ear” talks about drug use over a soothing Knxwledge instrumental. The penultimate track “Ring Ring” gets back on the boastful tip over a Harry Fraud instrumental with some funky bass & then the album finishes off with “Swerve on ‘Em”, where Bronson links up with A$AP Rocky to talk shit to their competition over a dreamy instrumental with some punchy drums.

Overall, this was pretty solid. The production could’ve been a little bit better at some points & a couple of the features were pretty much pointless, but I gotta commend Bronson for sounding a lot more focused & comfortable than he ever did on his last 2 albums with Atlantic.