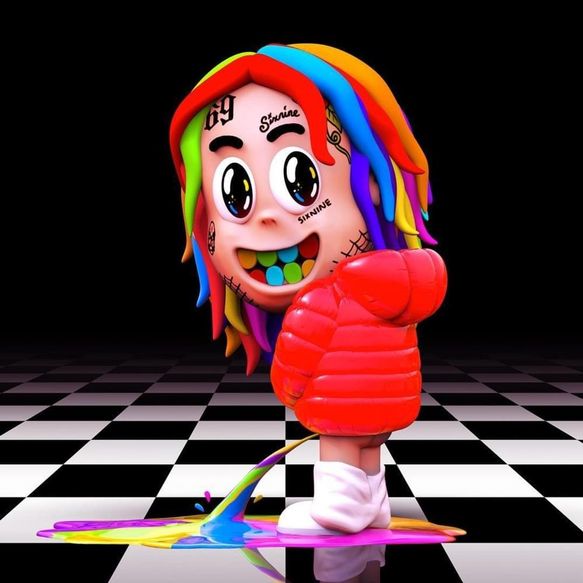 6ix9ine is a 22 year old rapper from Brooklyn, New York who has become arguably the most polarizing figure in hip hop today from his guilty plea for using a minor in a sexual performance to his beefs with The Game & Chief Keef. He dropped his 1st mixtape DAY69 at the beginning of the year, which showed how 1-dimensional he truly is. He has since been teasing his full-length debut over here with a handful of singles.

The album kicks off with “STOOPID”, which is an confrontational anthem carried by the Bobby Shmurda verse & the trap production from Tay Keith. The next track “FEFE” is a hideous attempt at going pop rap wasting a pretty great Murda Beatz instrumental & with an awkward Nicki Minaj verse. The song “TIC TOC” gets boastful, but the beautiful Scott Storch instrumental with some laid-back guitar strings & even Lil Baby are the only things that make it a fun listen. The track “KIKA” is a tropical-tinged banger, even though 6ix9ine’s sexual lyrics are pretty mind-numbing while the song “MAMA” is pretty much an awful sequel to “FEFE” except with a Kanye West verse in the middle.

The track “WAKA” with A Boogie wit da Hoodie sees the 2 spitting bland bars about stealing your chick over a spacey instrumental that’s actually very chilling & even though I like Anuel AA’s performances as well as the reggaeton inflicted Ronny J production on the song “BEBE”, 6ix9ine’s delivery on here is hilariously awful. The track “MALA” is pretty much the exact same thing as ”BEBE” except worse while the song “FEEFA” with Kanye is another corny sex tune with a slow Murda Beatz instrumental. The track “KANGA” with Gunna sees the 2 getting more introspective over a somber beat while the song “TATI” returns to his signature style over an alluring Boi-1da instrumental. The penultimate track “WONDO” over a bass-heavy trap Scott Storch beat & then it finally finishes with “DUMMY”, where he & TrifeDrew come together for a painful auto-tune ballad with a spacey beat.

Even though the production on here is more dynamic than DAY69’s & the features are mostly ok, I can’t think of anything else to compliment on this album because literally nothing entertaining about it has anything to do with 6ix9ine. He does try to step out of his comfort zone occasionally, but he fails miserably at it each time. I legitimately don’t know where he goes from here because you can’t be constantly outshined by your guests & producers on damn near every song of your album.