This is a brand new collaborative album from Juicy J & Wiz Khalifa. One is iconic for co-founding the seminal Memphis outfit Three 6 Mafia with the other coming straight outta Pittsburgh gaining worldwide attention in 2010 off his classic 7th mixtape Kush & Orange Juice. These guys have been working with each other ever since Wiz signed Juicy to Taylor Gang Entertainment the following year & they even went on to form the trio TGOD Mafia with TM88 in 2016, dropping their only album to date Rude Awakening that summer. However, it was announced last fall that they were working on Stoner’s Night & now we’re actually being treated to the final product.

“Testin’” is an explosive opener pondering why anyone wants to fuck with them whereas “Weak” almost sounds like a parody of “Weak Azz Bitch” down to the redundant Big30 feature. “Pop That Trunk” however takes a grimier approach talking about having toolies in their whips leading into the nocturnal “Big Game” co-produced by 808 Mafia co-founder Lex Luger getting materialistic.

Meanwhile on “Backseat”, we have Project Pat joining Juicy & Wiz on top of a cloudy trap beat talking about being the realest dudes their women have ever been with just before the horn & chime-laced “Throw It” reveals itself to be a fun strip club banger. “Try It” takes a mistier trap route talking about fighting fire with fire, but then “They Wanna See You” keeps it rolling by angrily clapping back at those praying on their downfall.

“Ass for Days” almost has this symphonic trap quality to it talking about a woman with Cake who goes both ways while “Club Close” has a more vibrant tone speaking on acting a fool. The song “Blaze Up” of course comes through with a cloudy weed anthem while the penultimate track “Why Do I Stay High?” picks up where the predecessor left off except it’s more melodic. “Invest” then ends the album with a celebratory ballad about them investing the money they already have.

It’s always exciting when these 2 link up with each other & Stoner’s Night was definitely an enjoyable listen for me. It’s pretty much what I expected as far as subject matter goes, but Juicy’s production once again takes listeners back to Three 6’s heyday & his chemistry with Wiz Khalifa remains unmatched even a little over a decade later.

Juicy J is a 45 year old rapper & producer from Memphis, Tennessee most notable for being a founding member of the seminal Three 6 Mafia. He’s also had the most successful solo career out of everyone in the Mafia, releasing 4 full-lengths & a handful of mixtapes. But after being released from Taylor Gang Entertainment/Columbia Records & starting up his own E1 Music imprint Trippy Music earlier this year, Juicy is celebrating by dropping his 5th full-length album.

Things start off with “BEST GROUP”, where Juicy claims Three 6 as the greatest hip hop group of all-time over a sinister trap beat. The next song “GAH DAMN HIGH” with Wiz Khalifa is an off the wall weed-smoking anthem as one would expect while the track “SPEND IT” with Lil Baby & 2 Chainz finds the trio talking about their wealth over a piano inflicted-beat. The song “PO UP” with A$AP Rocky sees the 2 paying tribute to all the celebrities we’ve lost in recent years over a supernatural-sounding instrumental while the track “KILLA” with Conway the Machine finds the 2 talking about being posted with their gangs over a maniacal trap beat.

The song “THAT’S THE WAY IT GOES” talks about how hoes gon’ be hoes over an instrumental with some keyboards & rubbery bass while the track “SHOPPING SPREE” with Young Dolph sees the 2 getting materialistic over a tense beat. The song “1995” with Logic finds the 2 talking about whippin’ through their cities over an uptempo instrumental while the track “WHAT I NEED” is a well-transitioned 2 parter about getting high.

The song “SHAWTY BAD” reunites with Logic to get raunchy over a rambunctious instrumental while the track “LOAD IT UP” with NLE Choppa sees the 2 getting braggadocious over a suspenseful trap beat. The song “SHE GON’ POP IT” with Megan Thee Stallion finds the 2 coming together for a fun, atmospheric strip club banger while the track “MEMPHIS TO LA” with Jay Rock & Project Pat sees the 3 talking about having options over some snares & keys.

The song “DATZ WHAT IT IZ” talks about how he ain’t cool with fuck boys over a grim instrumental with some hi-hats firing off like gunshots towards the end while the penultimate track “IN A MIN” gets celebratory over an exuberant beat. The closer “I CAN’T STOP” then discusses how a big booty bitch makes him feel rich & the bass on here just hits so goddamn hard!

Overall, I thought The Hustle Continues was pretty solid. I think Juicy kinda overdid it on the features but at the same time, he shows listener that he still has it all these years later on the mic & on the boards. 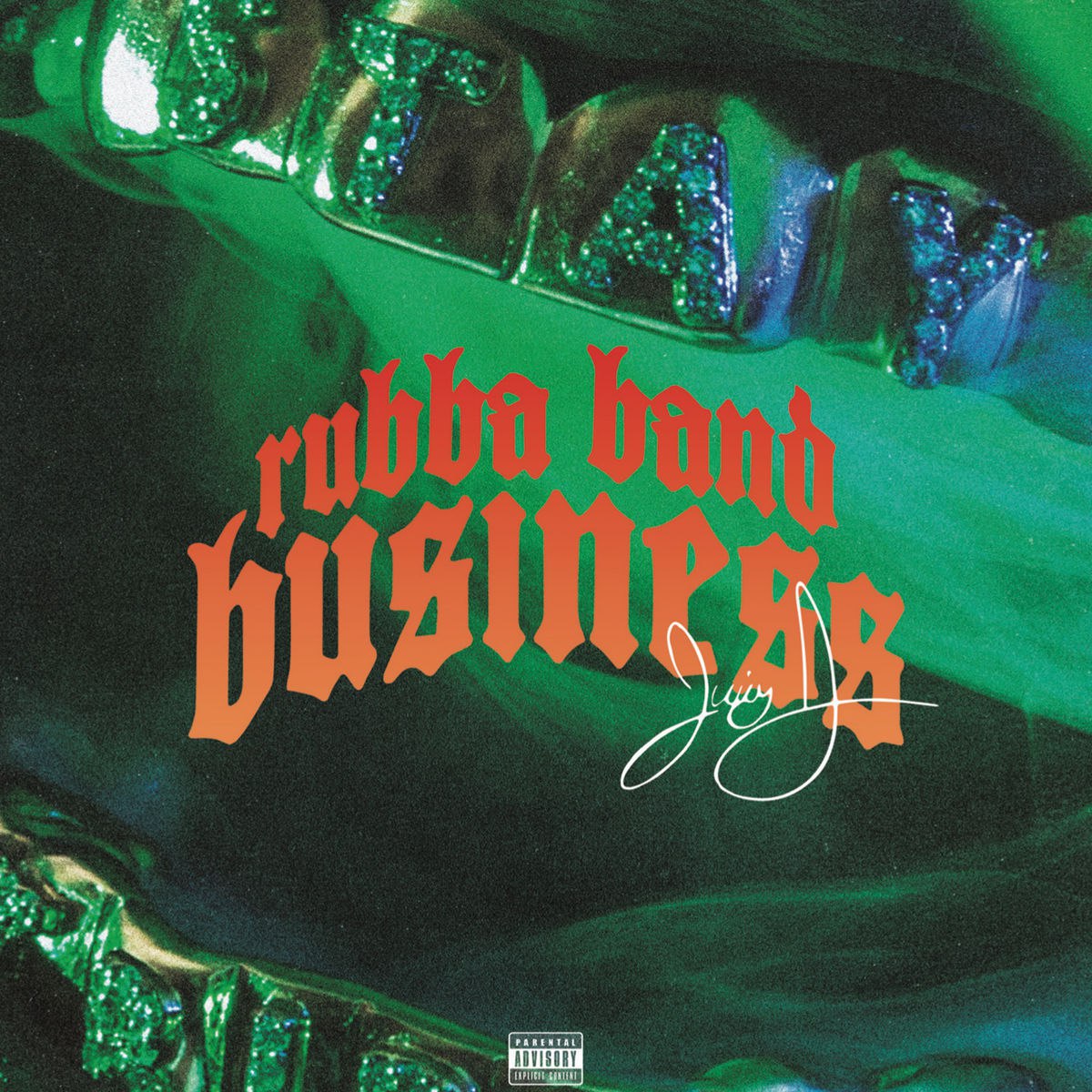 Just 3 months after the release of his fantastic $uicideboy$ produced Highly Intoxicated mixtape, 3 6 Mafia co-founder Juicy J is finally delivering his 4th full-length album. After the 39 second intro, we get into the first song “Feed the Streets”. Here, J gets with his brother Project Pat alongside A$AP Rocky to talk about doing just that over a sinister trap beat from Metro Boomin’. The next song “A Couple” talks about doing drugs & having sex with hoes over an eerie instrumental from Tarentino while “Buckets” charismatically brags about ballin’ on your bitch at the club over a haunting beat from 808 Mafia co-founder Lex Luger. The song “Dodgin’ the Snakes” jabs at all the haters with a beat from YK fits that the mood perfectly & while I can appreciate the track “Drop a Bag” dissing all the studio gangsters, the G-O-D feature was mediocre to me. The song “Too Many” with Denzel Curry speaks on doing a large amount of drugs over an atmospheric instrumental from Murda Beatz.

The track “Ain’t Nothing” sees J & his TGOD Mafia cohort Wiz Khalifa getting braggadocious over a banging instrumental from Mike WiLL-Made It, but I wasn’t crazy about the Ty$ hook. The song “Flood Watch” talks about the trap life over a piano-trap beat from TM88 & the Offset verse isn’t too bad either. The track “Only One Up” will make you wanna right someone from the abrasive YK beat to Juicy’s energetic performance. The song “Hot as Hell” sees Juicy feeling himself a little too much over a generic trap beat while the penultimate track “No English” talks about getting fucked up over a wild instrumental from Lex Luger & TM88. The Travi$ Scott hook here is pretty decent as well. The closer “On & On” left little to be desired, primarily because it feels more like an leftover from Belly’s latest mixtape Mumble Rap.

Overall, this was well worth the 4 year wait. There are some weak moments, but the production bangs & Juicy sounds energetic as ever for the most part